Has The X Factor passed its sell-by date?

Concentrating more on the format of their shows to make it look good rather than providing audiences with real entertainment value seems like their only priority. They seem to be more intrusive and concentrate on the personal lives of the contestants rather than their actual ‘supposed’ talent. The X Factor is a prime example, as majority of the typical hour-long show of auditions is full of backstage gossip and interviews with only a maximum of five auditions actually broadcasted, if you are lucky. 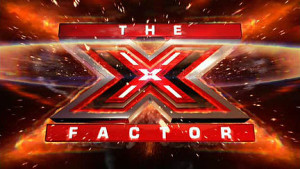 The X Factor may have gotten a bit stale ©WIKIPEDIA

News emerged recently about current 2013 contestant Tamera Foster, who had allegedly been accused of shoplifting and stealing people’s boyfriends. There have also been significant visa issues with Kazeem Ajobe from Rough Copy. It seems as if your personal life will come to haunt you as soon as you enter this kind of shows. Shame really.

The X Factor was once a programme that everyone loved to watch. Now it is something that many people love to hate. With viewers decreasing, desperate attempts to come up with new ideas and formats for the show are a lost cause. It is as if the more ITV tinker with the format to make it more appealing and entertaining, the more viewers start to realise that these programmes are heavily exploitative purely for half-hearted entertainment, rather than the talent it offers. Viewers seem to get more pleasure out of mocking contestants who can’t sing to appreciating the ones who can.

The X Factor seemed to be doing outrageous yet desperate things to attempt to keep their viewers. Complaints in previous years included microphones having pitching technology to make people sound better and the voting system being accused of conveniently not letting people vote for particular contestants. These are just some of the things that make us question the realness and actuality of these shows.

Its rival The Voice, which is shown on BBC, is an alternative setup to The X Factor. They are constantly rejigging their schedule to be in competition with ITV in terms of viewer ratings. However as of the new series in 2014, it will have gained two new presenters; Big Brother’s Emma Willis and former JLS member, Marvin Humes. It is unclear whether their shedding of former presenters Holly Willoughby and Reggie Yates, is an attempt to get the show back on track to gain a wider variety of viewers, since the last series did not do so well. I do not even know what happened to the winners from previous shows. The Voice winners do not seem to have the same impact as the X Factor’s or am I really just missing something?

The Christmas final is on its way for The X Factor, with the winner having to battle with other artists in the charts to be Christmas number one (that is a bit mean). Considering what happened in 2009, when Rage Against the Machine campaigned against X Factor winner Joe McElderry to getting the top spot, I really doubt that this year will be any different. There are many artists out there who despise The X Factor.

Has the meaning of talent become such a played out term, that no one actually knows what it is to be talented anymore?