The Wolf of Wall Street Review

The most outrageous film about stockbrokers that has ever been made and it’s actually based on a true story. 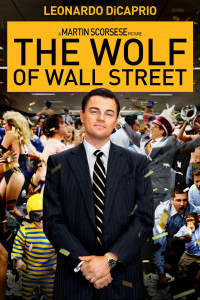 The Wolf of Wall Street brings Martin Scorsese and Leonardo DiCaprio back together again for this outrageous real-life film about a stockbroker.

Jordan Belfort (Leonardo DiCaprio) dreams of being a rich stockbroker, but after the crash of 1987, he loses his job and falls into hard times. After a short-lived job at a local dealership, Belfort goes into business with himself, manipulating the financial market and spending millions on his immoral lifestyle.

The Wolf of Wall Street is the first film in ages that Scorsese has produced which has been absolutely amazing. It will join Taxi Driver (1976), Raging Bull (1980) and GoodFellas (1990) in the canon. DiCaprio and Scorsese have worked together before, with such films as Gangs of New York (2002), The Aviator (2004), The Departed (2006) and Shutter Island (2010) but this film is their best collaboration yet.

Leonardo DiCaprio as Belfort is effortless and the black humour is so rich that DiCaprio enhances the comedy. He is at his best and his versatility of acting is recognised throughout the film.

The lifestyle of Belfort is a movie itself: sex, drugs, and money. His tragic life was our amusement. Yes, his life was immoral and affected other peoples’ lives in the worst way, but the way that Scorsese portrayed it is genius and untouchable.

The ensemble at Wall Street is impeccable: Jonah Hill as Donnie Azoff (an over-eccentric sidekick); Matthew McConaughey as Mark Hanna (Belfort’s brief and immoral mentor) and Margot Robbie as Naomi (Belfort’s wife, who is the only character we would feel sympathy for). Other appearances included Joanna Lumley, Jon Favreau and Jean Dujardin.

The Wolf of Wall Street, which is nominated for an Oscar, is wild but the impeccable performance of Leonardo DiCaprio makes it worth a watch.