Will the internet kill the TV star?

The rise in online shows, such as Breaking Bad, are highlighting a change in viewing attitudes, but is television now in danger? 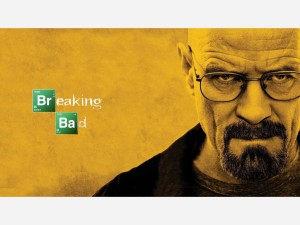 Breaking Bad is leading the change towards online viewing NETFLIX

In the wake of one of the most popular television programmes of recent years, it’s interesting to note that the majority of us didn’t watch Breaking Bad when it originally aired.

Following an unsuccessful late-night slot on Channel 5, no UK channel wanted to take on the trials and tribulations of Walter White (pictured right).

As more and more people became addicted to Breaking Bad, Netflix was the only media platform providing the UK with the series online. Without it, the audience would have had to turn to illegal streaming of the show.

Netflix was founded in 1997 and introduced streaming in 2007. It has gained over 40 million subscribers in 40 countries worldwide, making it the most prominent internet television service. With this number of subscriptions they can not only afford to stream an impressive back catalogue of old and new popular shows and films, but also make their own.

Netflix originals such as Orange is the New Black and House of Cards have not only been greatly received by audiences, but also by award academies. House of Cards won three Primetime Emmy awards in 2013, competing with large television network shows with set time slots.

If you are willing to pay the fee, internet-based providers such as LoveFilm Instant and Netflix allow you to ‘binge watch’ their selection of films and TV programmes to your heart’s content. It is an increasingly popular way of watching your favourite shows, meaning one series (or more) can be consumed in just one or two sittings. You can also re-watch shows you’ve long since forgotten such as Buffy the Vampire Slayer or The West Wing.

While this way of viewing can kill time and get a series finished quickly, it becomes more of a short-lived enjoyment.

There’s no waiting to find out what happens, so anticipation of future plot developments is significantly reduced.

Those cliffhangers that the writers may have agonised over are reduced to just a quick click on the ‘next episode’ button. However, this is a conscious decision, a personal choice. Some may love the ability to speed through a programme; others may choose to take their time. But this is a choice that regular television doesn’t allow.

But is television really on its way out? With the changing media, there is an argument that we no longer need the set in order to enjoy its content. Thanks to catch-up services, the vast amount of television we have can be enjoyed at any time that’s convenient on almost any device we own.

We no longer work ourselves around the TV guide; it has evolved to fit around us.

Around 10% of programmes are watched from recordings or via catch-up services, and this percentage is almost certain to rise. This does, however, reduce the number of ‘water-cooler moments’ and the discussion of shared cultural events, including popular TV. People watching different things at different times means we could lose some of that shared cultural experience.

Like catch-up services, the beauty of Netflix is the flexibility of when you can watch it. However, it could be argued that it can be more of an effort.

It’s not as easy as channel flicking; you need to know exactly what you want to watch and have a device to watch it on. Sometimes channel hopping can unearth some gems you may never have noticed before. Online viewing means a search for something in particular.

For some, watching television on a laptop or tablet is unappealing. However, hooking a laptop up to a larger screen is easy, so missing details on tiny screens is a problem consigned to the now distant past, before choice was such a big factor.

Netflixw is beginning to merge with our televisions. Streaming directly from set-top boxes is a way of making the new internet television as simple as the traditional TV watching. While you would still need an account to view its content, it is perhaps easier to access.  If television and the internet work in harmony, sites such as Netflix and LoveFilm Instant will become more of an anytime subscription channel much like the services Sky already has in place.

It’s easy to claim that with changes in technology, older forms will suffer. In terms of television, as long as there’s quality content, it’s unlikely to die out.

The BBC formed in 1922 and soon it will be celebrating its 100th birthday. It existed before the popularisation of television and will probably remain long after it has gone. It focuses on the quality of its production and what it believes the audience will get out of it.  This shows that as long as the content is good, it will reach its audience, regardless of the medium.

Just because changes happen, this doesn’t mean we should start digging graves for the formats we used to like.

Arguing that the internet is going to take over completely may be a step too far; it is enhancing and expanding our enjoyment of the field of television. Adapting to the new is important, especially for the entertainment industry.

Having more platforms to enjoy it on is surely a benefit to telly addicts and sacrificing one or the other doesn’t have to be a choice to make.