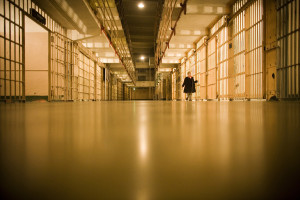 Without the intervention of the Secretary of State, neither of these two will ever be released from prison for what were two of the most horrific and high-profile crimes to have hit the headlines over the past year.

The Court of Appeal ruled last month that those who had committed the ‘most heinous’ crimes could be given whole life sentences, after the European Court of Human Rights had branded them unlawful as there was no opportunity for review.

Both of these crimes were worthy of a severe and lengthy prison term, but can we really justify locking someone away with no prospect of experiencing the freedoms and rights we take for granted everyday?

Unfortunately, the answer for many would be yes.

Both Dennehy and Adebolajo stole the lives of their victims and have caused irreversible hurt to their families.

Following the sentencing of the Woolwich murderers - with Adebolajo’s co-defendant Michael Adebolawe being sentenced to a minimum of 45 years - Lee Rigby’s family said outside the court: “We believe justice has been done.”

This is not to take anything away from the families of the victims, but how can a country which abolished capital punishment nearly half a century ago condemn someone to the life of a caged zoo animal - without the adoring spectators?

Life sentences were introduced to replace capital punishment after it was abolished, but only tended to be between 10-15 years in length.

By sentencing someone to spend their life in a six by eight cell, you strip them of the basic rights and freedoms that we take for granted everyday, and essentially condemn them to die in Her Majesty’s prisons, at the expense of the British taxpayer.

Both whole life sentences and capital punishment are equally unpalatable and to condemn someone to an entire life behind bars is just as abhorrent as sentencing someone to death. Instead prisons should be allowed to reform convicts and improve society, rather than condemn it.