England’s forests were almost sold off but the people have intervened in to protect our public land. 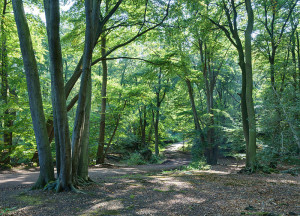 Britain’s public forests were under threat of being sold off

The government have announced that they will not be selling off the public forest estate to private investors.

The future of 258,000 hectares of woodland was under threat in 2011 after former Environmental Secretary, Caroline Spelman, announced ministers were discussing the issue.

Although woodland has always been part of our heritage and is used immensely by the public, the government seemed to have underestimated how much we cared about our forests.

Thousands of people reacted to the announcement, and the majority were extremely angry. Even some famous names, such as Dame Judy Dench and Annie Lennox spoke out.

Caroline Spelman listened to the public’s reaction and immediately told MPs that they “had got this one wrong”.

Several of Dorset’s forests would have been under threat if the decision had gone ahead. From statistics on Woodland Trust’s website, 11.9% of Dorset’s area is woodland, and 18% of people in Dorset have a forest within 500 metres of where they live that they are allowed to walk in.

Councillor Margaret Phipps, Chairman of Hurn Parish Council and Environment Portfolio Holder for Christchurch Borough Council, led a campaign to “Save Hurn’s Forests” and said that the group were “delighted” by the news. In 2011, the group collected 1,700 signatures on a petition to prevent their forests being sold off, and gave it their local MP, Chris Chope.

The parish also made a plan in 2010 in order to protect the surrounding woodland, and Councillor Phipps said that, “Our forests are very well used by general public and 81% of Hurn residents supported our woodland.”

She said that there was “uncertainty about what would happen” to Hurn’s woodland, and residents were concerned that they could vanish.

She added that wildlife was something of a worry, as the forests were habitat to such a wide range of animals, and many of them are protected species.

Current Environment Secretary, Owen Paterson who took over in September 2012, said the public forest estate was a “national asset” and should not be sold off.

Paterson also announced that a new and independent body would be set up to own, maintain and safeguard the estate, although this will be set up in the long-term.

Angela Pooley, leader of East Dorset Friends of the Earth, agreed that the news was beneficial to everyone, but said that more needs to be done.

“They have to put contingencies in place to ensure that it is still managed in an environmentally sound, sustainable way.

“Our forests are really rich and important to biodiversity so it’s really crucial that they are given the right funding and that the public are encouraged to treat them with the respect that they deserve.”

It’s great to see the public coming to together to fight for what they love. Even though the government may have been wrong in misjudging this, their U-turn on the idea of selling off the public forest estate really was in our best interest.

Do you use woodland often? Would you have been upset to see it go to private investors? As always, let me know what you think.