Weekly Events: One Love at The Old Firestation

After the massive success of the first event in Freshers Week, the bass and house music event ‘One Love’ makes a return to The Old Firestation in Bournemouth. 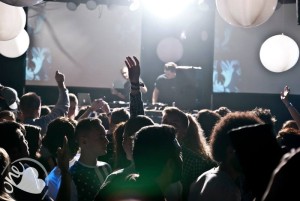 On the 26th September, hundreds of students made their way down to the student venue The Old Firestation to see DJ Applebottom and guests. One Love sees fresh new house, dance and garage DJs performing to the many students and dance fanatics in attendance. With tickets selling quickly, the event was a huge success and the venue was packed by 11pm.

One Love then made a return to The Old Firestation on the 13th December, where it saw DJ’s DE$IGNATED (BBC Radio 1xtra) and Bromley (Eton Messy) take to the decks. With other big student events taking place on the same evening, it was questionable whether the event would be successful. But once again by 11pm the venue was already reasonably busy, with the main room filled with house-heads already crammed up the front.

After a lively warm-up set from resident DJ Domolang, the Eton Messy trio ‘Bromley’ took to the stage. After starting on YouTube a few years ago, the now famous blogging/DJ phenomenon Eton Messy have a number of DJs that play all around the UK as part of their platform. Bromley, a Bristol-based trio played a mixture of house and garage music, including the popular remix of ‘That Girl’ by Snoop Dogg and one of their most popular own songs ‘Girlfriend’. 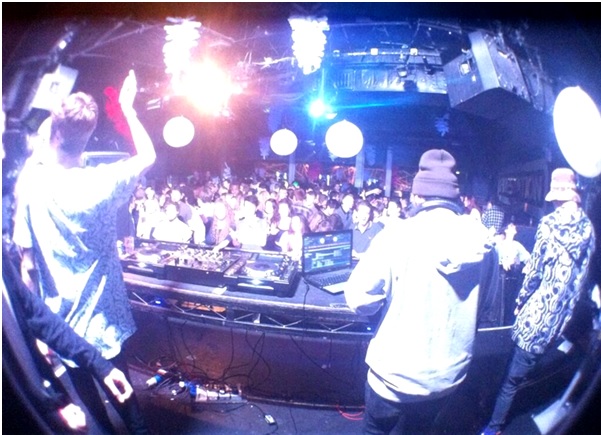 A view from the behind decks at The Old Firestation

The headline act, DE$IGNATED, an electronic musical duo consisting of Rory Bowyer and Nima Bazrcar who both mix for BBC Radio 1xtra, played a fruitful selection of electronic dance music. By 2am, the crowd were still going, along with DE$IGNATED themselves, who were showing some real enthusiasm in the music and the crowd.

As the night went on the crowd slowly started to file out, although by 3am there was still a good handful of dedicated ravers who continued on until the very end. Last to play was Afen & Ninety2step, who at the end of their set played old-school classic ‘One More Time’ by Daft Punk. Even with the lights on, the crowd were still loving it. Take a look at the short video here that One Love posted of the end of the night.

When speaking to students about the event, it was pretty clear that the night was enjoyed by all. Tom Bellman, a first year student at Bournemouth University, said: “It was a great night. [It] wasn’t packed all night but it was good because everyone had room to dance and get drinks.” The DJ’s of DE$IGNATED also spoke about the night, saying: “Last night was emotional. Big up the Bournemouth crew.”

What’s on next? If you fancy something a little different, jungle and techstep DJ Ed Rush visits Halo on the 26th of December.