What to watch this week

A quick reminder of all the shows and films to watch this week, or to catch up on if you’ve happened to miss them. Don’t worry, you haven’t missed anything yet!

Under no circumstances do you want to be missing MIC at the moment if you watch it. Monday’s recent episode saw Jamie plan a holiday with Spencer, Lucy, Alex and Binky (even that’s awkward), but then Spencer decided to invite Phoebe along. I cannot see that going well. The whole ‘Spenny and Louise’ situation was on the back burner, but I’m sure that will crop again again in no time. If you missed it, catch up on it. 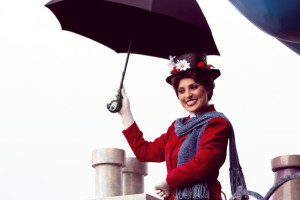 I’ve heard a lot of good things about this film before I watched it, and it did live up to expectations. It shows how Mary Poppins came to ‘life’ in a different light that probably no one would’ve guessed before. Emma Thompson who plays PL Travers, the author of Mary Poppins, is so resistant to let Walt Disney put his hands on her beloved novel and sell over the rights to him. I don’t want to spoil it but it’s a very heart-warming film, and it was lovely to watch. You can watch the trailer here.

I’m a Celebrity, Get Me Out of Here!

This has been a good series so far, even including Joey Essex’s dopey one liners which contributes greatly to the show, as well as Ant and Dec constantly taking the mick out of everyone. As a round up, Alfonso Ribeiro (Carlton) has cried an awful lot, Matthew Wright seems to want to explode every single day (always complaining, bless him), all the girls are jumping on model Amy Willerton for so many reasons I will not spare you the boredom of reading and Laila Morse (Big Mo) has left the jungle. She didn’t really do much anyway apart from sit there. Do watch though, it’s a good laugh, and the celebs are such an oddly bunch.

If you haven’t read the books, read the books. If you haven’t watched the first film, watch the first film. Then watch this and marvel at how amazing it is. I don’t want to spoil it because I know a lot of people haven’t got around to seeing this on the big screen yet, but you are bound to love this no matter what. Jennifer Lawrence is amazing, Josh Hutcherson is awesome, everything is damn good. Too tempted to put spoilers, but I won’t, it’s nearly Christmas.

If you missed it, Graham Norton’s Friday night show (29/11/2021) was a right laugh. With guests including Sharon Osbourne, Jeremy Clarkson, Colin Farrell and Jo Brand, the topics that come up in conversation are quite astonishing.