Today is another one of those days where ‘common sense has literally taken a beating’. Now, this isn’t a satirical look at the failings of Cameron, Miliband or that floppy-haired fellow Boris.

Nor is it a crusade against the corporation fat cats and the media mogul serpents. That’s right ladies and gentlemen - Mr. Murdoch has escaped the wrath of criticism for once this week because the printed and spoken has a new evil.
Hopefully some of you reading this are wondering how common sense can take a ‘literal beating’. Surely that can’t actually happen – can it? Wouldn’t that make it metaphorical? Well not according to the Oxford English Dictionary (OED). Now the word ‘literally’ can be used to portray something metaphorical or metaphysical. “Boggled-mind springs and head ‘literally’ in pieces on floor.” 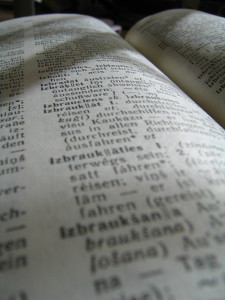 Sorry for the gobbledygook (don’t panic! It’s in the OED), but that was just some artistic prose – very poor prose at that – to get one’s point across. Words have in-built, presupposed meanings – or definitions if you will – to help make the language more articulate and, above all, accurate when communicating. Changing those meanings because of malpractice creates an ambiguity within the language that could really affect modern day communication.

In recent years there has been an influx of people using the word ‘literally’ in a way that often means metaphorically and this is why the OED has called for a change. Would it not be more accurate to regard it as some undereducated people using the word incorrectly or out of context, than the community of English speakers changing the meaning? If a French person was speaking English and used a wrong word, you wouldn’t take that as a new meaning, you would simply correct them.

Shouldn’t this be the first step? Not changing the definition of the word, launching a war on words. We should understand that the young minds in this country are being undervalued and poorly educated as highlighted in a study by the Organisation for Economic Co-operation and Development (OECD).

It looked at the numeracy and literacy levels of 16 to 24-year-olds, and showed that England came 21st for numeracy and 22nd for literacy in the world out of a possible 24.
When you can see other nations excelling, it makes you wonder why we lag so far behind. So direct all questions to Secretary of State for Education, Michael Gove.
He will ‘literally’ straighten this all out.