SOUTHERN England has shown the most dramatic improvement in unemployment rates throughout the country, according to the Office of National Statistics (ONS). 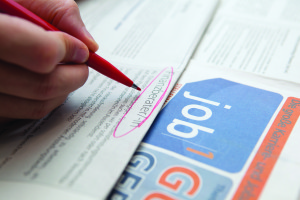 The number of Job Seekers Allowance claimants in Bournemouth has dropped by 4.1% since August. And while national unemployment rates from October show an encouraging decline from 7.8% to 7.7%, the trend is reflected locally in Bournemouth and Poole, where rates have been dropping steadily since April.

Conservative Councillor Robert Chapman attributes this trend to Bournemouth’s booming tourism industry, which was boosted by this year’s fabulous summer.

Cllr Chapman said: “What we are seeing in Bournemouth and Poole is a reflection of the gradual improvement to the national economic climate.”

He also suggested that many opportunities have now opened up in the construction sector, due to new local projects including the construction of a Hilton Hotel on Terrace Mount, student accommodation on Madeira Road, and a University building on Holdenhurst Road, amongst many others.

He told The Rock: “This year we will be seeing a lot more cranes in Bournemouth, which is always a good sign. With cranes, come jobs.”

While this economic progression is a step in the right direction, statistics from the ONS also reveal the number of people working part-time has surged to an all-time high of 1.45 million due to lack of full-time opportunities.

But Cllr Chapman is confident that employment opportunities will continue to grow in Bournemouth.

“The main thing is Bournemouth has not lost any of its main employers, the big companies.

Businesses are keeping existing staff and taking additional staff on. New businesses are arriving and creating further opportunities.
We are on the right track,” said Cllr Chapman.