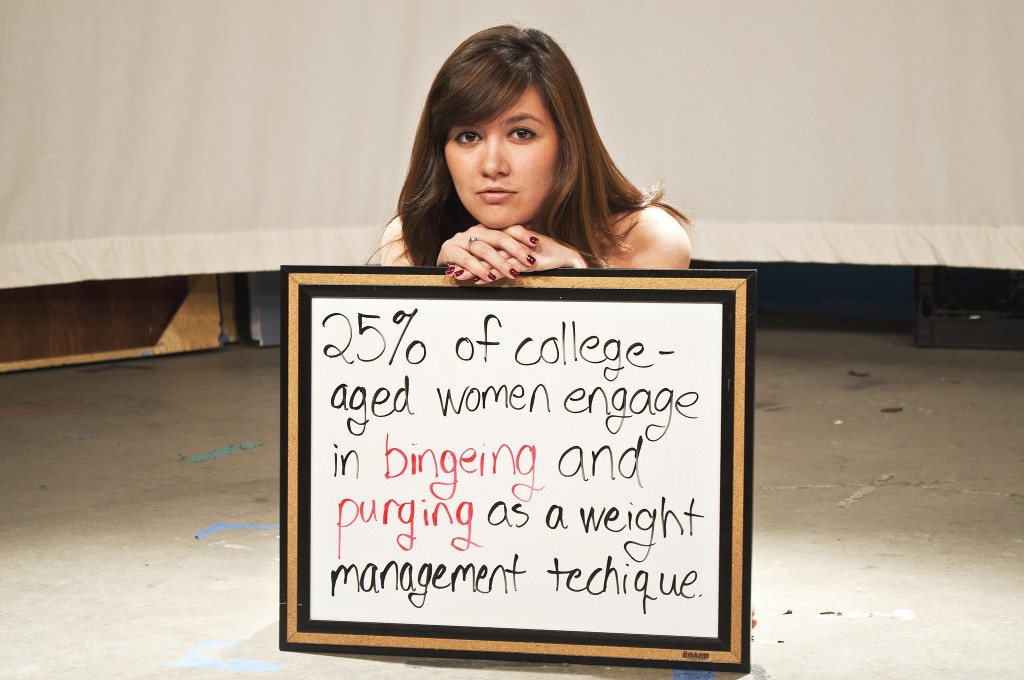 Numbers. To the average person, they are part of everyday life: calculating shopping budgets, making phone calls - but for some of us they represent a punitive, repetitive regime by which we live.
Numbers are our self-worth. Kilos, calories, the size of our waistbands. Small numbers are our friends, zero is our deity. We are some of the 1.6 million people in the UK suffering from eating disorders.
Having an eating disorder is a terrifying and isolating experience no matter who you are.
The stigmas attached to eating disorders are still evident today, even with awareness campaigns like Eating Disorders Awareness Week running for years now.

I’ve noticed that too many people attach the idea of a ‘choice’ to disorders like anorexia nervosa and bulimia, or assume the illnesses are some kind of weight loss mechanisms, or even a trend.
The assumption is that eating disorders are a physical condition - but few people will jump straight to the emotional pain that ED sufferers go through daily.
Victims of these disorders often have strict routines or rules that they set for themselves, and any deviation from these routines can lead to serious emotional stress and pain.

Eating Disorders Awareness Week is the annual chance to raise awareness and understanding of eating disorders, challenge stereotypes and stigmas, and raise money for eating disorder charities.
The National Institute of Health and Clinical Excellence (NICE) guidelines on eating disorders showed that 1.6 million people in the UK were affected by eating disorders in 2004 and 180,000 (11%) of them were men.
In 2007 the NHS Information Centre carried out a snapshot survey of people in England over the age of 16. It found that an alarming 6.4 % of adults had a problem with food, a figure much higher than previously thought.

Bournemouth University held events last month for Eating Disorders Awareness Week between February 26- 27 to raise awareness about the disorder. Events included guest speakers talking about their personal journeys and battles with eating disorders. Other sessions looked at disorder in children and young people, eating disorder research at BU and the truths and myths about disorder, among numerous other events.

Eating Disorders Awareness Week was also supported by the charity Beat which launched a ‘Sock it to Eating Disorders’ campaign following similar success in 2013. Participants were encouraged to wear their weirdest, silliest socks to work, school and university, and friends and family were asked to donate money. Britain’s Got Talent’s dance group Diversity supported the campaign and offered incentives for people who raised the most money.

Across the Atlantic NEDA (National Eating Disorder Awareness) is a charity operating in the United States whose campaign was called ‘I Had No Idea’.
The idea was to raise awareness towards the significant impact eating disorders have on individuals, families, and communities across the nation. It was also about how parental behaviour can impact a child’s body image, focusing on the emotional side of eating disorder development.
NEDA believe that the more people that learn and know about these life-threatening illnesses, the more lives can be saved. Last year, 51 international countries including the UK participated in reaching and helping people during Eating Disorders Awareness Week.