Why a title unification will be good for the WWE

The WWE are touting another title unification of the World Heavyweight and WWE titles. Patrick Wilson discusses why he thinks it’s “Best for Business”.

There’s been a lot of speculation as to whether the announced John Cena vs Randy Orton match at TLC will actually unify the titles. There has been a lot of word manipulation and light treading by the creative team. But I for one welcome a unification of the main two titles in WWE. There’s been a huge rut from a lack of building new talent to old, tired story lines repeated and this may be the shake up that is needed to garner a change. 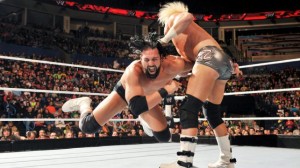 It’s no secret that the Intercontinental and US Titles are virtually meaningless in this era. The World Heavyweight became relegated to the “lower” title which it was never intended to be. It’s a shame because the World Heavyweight Championship and Intercontinental title both have a rich heritage that is being wasted at present. Merging the two titles will allow the other titles to get a leg up and hold more power in the eyes of viewers.

If I had my way, I’d just have one mid card title as well. It would make way for more mid card rivalries that aren’t title driven to surface. Contrary to what a lot of the writing staff on TV at the moment think, a title isn’t always necessary to push someone or get them over. Having some leeway without this massive clump of titles filling the schedules would be much better for talent building. I mean you all have to admit that half the time you forget that Dean Ambrose even is the US champion right? 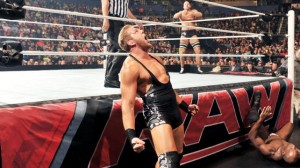 The tag team division always seem to only have two or three teams that really seem plausible to be title holders at one given time. We had Team Hell No and The Shield earlier this year, no we have the Rhodes Brother, the Shield and the Wyatt Family. One of the main problems is half of the tag teams have zero personality. As much as I love the Usos, when was the last time we actually heard them speak on air? Giving some title breathing space would allow some of the mid carders to team up, who have those personalities already established and allow current teams more air time to showcase their personalities. 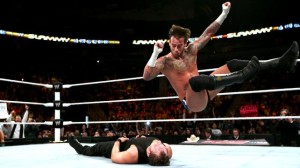 With two major titles, it just sucks all the WWE’s top guys into the title races. There’s no room for these guys to have individual feuds or build new talent. The most we have had recently is CM Punk and Paul Heyman’s guys but besides that it’s too funnelled towards championships. Use those guys who have no use for a major title and use them to build new talent. Without both titles they would be much more free to do this.

Those are my thoughts, feel free to comment your opinions

I've been a Wrestling fan since I was 6 years old yet complain about everything aspect about it. I'm studying Mulit-Media Journalism at the university and and have interests in gaming, movies and of course professional wrestling.