The Rise and Rise of Cinema Visits

A trip to the cinema can set you back double or triple the amount of a DVD – is this the end of cinema? 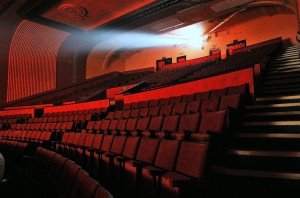 Recently, big cinema chain Cineworld reported an increase in profits during 2012, despite pulling in nearly half a million fewer customers than in 2012. Ticket prices rose 5%.

Last August, a very frustrated customer posted a message on Odeon’s Facebook page criticising their prices. The message was nearly 500 words long, and currently has over 296,000 likes and more than 25,000 comments. A visit to an Odeon branch at the weekend to see Oz: The Great and Powerful, the latest 3D film, showed how costly a trip can be.

Having to go at peak time meant paying nearly £10 for a student ticket – and that’s a ticket at a reduced price, if you’re an adult you’d fork out about £12.  But here’s the worst part: they also expect you to pay another pound to buy a pair of 3D glasses…which isn’t included in the price of your ticket.

After emailing Odeon asking them to explain this confusing pricing strategy, Odeon replied that the cost for the tickets is higher to cover maintenance needed to keep the technology in working order, whilst the money for the glasses is expected to be a one-time price since you can keep them.

There is of course the question of food. Sadly, like ticket prices, this is not only a problem at Odeon. Since cinema adverts feel roughly the same length as the film, you begin to feel hungry. For years, to fight off this hunger people have bought popcorn and sweets. And gradually the size of cinema food has decreased, whilst the cost has reached record highs.

The cost of regular popcorn and a drink for one person is often around £8, depending on the cinema. Adding chocolates can cost between £2 and £3 a bag (sometimes double what you will pay in the supermarket) while Pick & Mix is also almost double what you’ll be charged in some shops.

Unfortunately, it’s common knowledge that the films themselves are not the main source of money, with distributors taking the bulk of the earnings and leaving cinemas to make money from the food and drink. The fall in cinemagoers over the last decade has meant these prices have increased to keep the cinemas afloat, which has led to less people visiting the cinema, or even to customers taking in their own food (not that we’re suggesting you do).

However, despite this, people love the cinema. Seeing a film for the first time and seeing it on the big screen is somehow much better than a DVD in your living room. Being able to watch a film with friends or family.  There’s no distraction of adverts every fifteen minutes or (hopefully) mobile phones so you can forget the stresses of everyday life, and be absorbed in a film – hopefully cinemas will keep going, but what is too high a price to pay?