The Other Guys Film Podcast - Episode 6 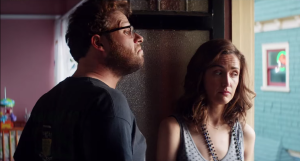 Patrick Wilson and Luke Stevenson are back for their first episode of The Other Guys Film Podcast after the Easter break, this time with a returning guest! Editor and blog writer Tom Beasley returns from the first episode.

Light news this week with a new Flintstones movie with Will Ferrell and Adam McKay and a reboot of the original Power Rangers by Lionsgate.

On the reviews side, the team take the chance to look back on the movies during the break, including the incredibly splitting The Amazing Spider-Man 2 and the not so splitting Transcendence (look out for ending spoilers between 27:34 to 28:25 ).

Following that are some short reviews on movies seen individually, consisting of Pompeii, Calvary and The Quiet Ones, then close with the more recently released Bad Neighbours, starring Seth Rogen and Zac Efron.

For any thoughts on this week’s podcast, whether it is suggestions for Luke’s film pitch or complaints against heavy metal, feel free to leave them in the comments section below!