The Other Guys Film Podcast – Episode 5

Patrick Wilson and Luke Stevenson return to talk about the latest in film with the fifth episode of The Other Guys film podcast – the last before the three week Easter break. 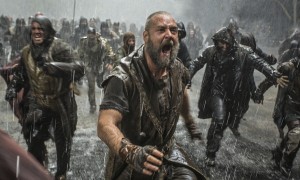 As usual, the duo talk about this week’s film news including the new Hercules movie starring Dwayne ‘The Rock’ Johnson, the first teaser trailer for Zach Braff’s crowdfunded film Wish I Was Here and the Spiderman spin-off movies for the Sinister Six and Venom.

Following that, the two talk about their differing thoughts on Darren Aronofsky’s latest movie Noah, Luke makes an on-the-spot movie pitch for a black comedy and Patrick suggests a Nicholas Cage movie for his next Netflix pick.

To round off The Other Guys film podcast, Patrick and Luke discuss upcoming movies and the difficult cinematic trajectory of Spider-Man.

The interlude music for this episode of The Other Guys film podcast is As She Crept, by Shanel.

If you have any feedback or ideas for Luke’s next movie pitch, feel free to leave a comment below and take part in The Other Guys film podcast.