The Other Guys Film Podcast – Episodes 1 & 2 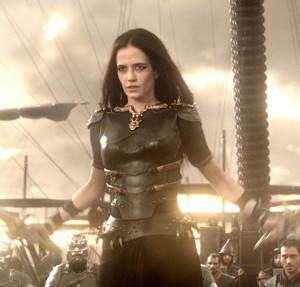 The Other Guys film podcast discusses 300: Rise of an Empire ©Warner Brothers Pictures

We are happy to be able to introduce The Other Guys film podcast, which is The Rock‘s brand new movie discussion show, starring Patrick Wilson and Luke Stevenson.

Each week, they will discuss the latest news in the world of cinema, review new releases and suggest the stuff you should be checking out on Netflix.

Episode one of The Other Guys film podcast discusses Batman vs Superman, news of an Alice in Wonderland sequel and 300: Rise of an Empire as well as the first in Luke’s series of on-the-spot movie pitches.

Episode two guest stars Bournemouth Rock editor and film blogger Tom Beasley as they focus on Pixar’s latest movie announcements, rumours of a Bananaman movie, the remake of Alfred Hitchcock’s The Birds and reviews of Need For Speed and Terry Gilliam’s The Zero Theorem.

You can suggest odd film titles for Luke to pitch around in the comments section below. We would also love to hear any comments that you have about the show.

Correction: The podcast states that Michael Bay will direct the remake of The Birds. At this stage, we know only that he will have a credit as producer.