The Other Guys Film Podcast Episode 7

Patrick Wilson, Luke Stevenson with returning guest and film blogger Tom Beasley bring you another episode of The Other Guys film podcast. 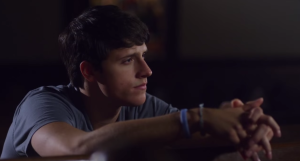 This week’s news includes the release date for the movie based on J. K. Rowling’s Fantastic Beasts and Where to Find Them, and the reveal of Ben Afleck playing a sad Batman.

For reviews, The Other Guys question their belief in cinema with God’s Not Dead  before moving on to the more uplifting film pitch from Luke and discussing the new movies coming to the big screen: Gozilla, X-Men: Days of Future Past, Blended and Postman Pat the Movie.

This episode’s Christian folk interlude is Be Glorified.

If you have any thoughts you would like to share, whether it be film pitch ideas for Luke, anger over Breaking Bad  being overrated, or if you don’t like memes, leave a comment below (and have another for good measure).