Taylor Swift is an anomaly. The singer-songwriter’s latest album 1989 debuted with over 1.2 millions sales in its first week- and that’s in the US alone! This feat is notable for several reasons. First and foremost, no albums released this year (not even Coldplay’s or Ed Sheeran’s) have gone platinum in the US. Swift outsold everybody in her first week. Second, her first week sales number is the biggest ever since 2002. Lastly, this is her third album in a row to debut with over a million units sold.

Simply put, Swift currently has no contemporaries in the industry. Her newfound sound, despite being produced by pop moguls such as Max Martin and Shellback go directly against the trend of embracing urban music. Artists like Beyonce and Rihanna have based their careers around this but more recently, artists like Miley Cyrus (with last year’s Bangerz) and Katy Perry (with her single Dark Horse) have incorporated urban aspects into their music in order to appeal to current chart demands.

Despite this, Swift has made an album that tries to mimic the sound of the decade she was born in. Taylor Swift’s pop peers are not making music that sound like this. By going against the wave, she sonically puts herself in a league of her own.

Swift’s popularity also doesn’t match anybody else’s. Her concerts constantly sell out and she is savvy enough to capitalise and invest in the adoration of her fans. Leading up to the release of 1989, Swift held several private listening parties in her home for hundreds of her fans. Just a few days ago, Swift sent several of her fans personalised Christmas gifts. The physical copies of her albums contain collectible Polaroid pictures causing diehard fans to buy multiple copies in order to have the complete set.

Swift may not appeal to a broad variety of audience but the legion of fans that call themselves “Swifties” are an integral part of her success and Swift and her team obviously value it.

This brings us to the current state of the music industry. In an age where artists struggle to sell whole albums because of piracy and streaming services such as Spotify, is there a lot of room for outliers like Taylor Swift?

The music industry has changed drastically upon the rise of the Internet Age. Most artists do not make money off of albums anymore as individual songs from it can simply be bought from an online merchant like iTunes or in most cases, streamed for free on YouTube or Spotify. Nowadays, musicians make more money off other means such as touring, advertising and merchandise.

However, Swift, as you would imagine her to be, is optimistic about the future of the industry. In an essay published by the Wall Street Journal last July she writes, “Music is art and art is important and rare…It’s my opinion that music should not be free, and my prediction is that individual artists and their labels will someday decide what an album’s price point is.”. She believes that artists can still profit from their music through the bonds that they form with their fans.

The truth of the matter is, it is simply harder in today’s generation for an artist to do so. Sure, the use of social media such as Twitter and Instagram makes it easier for artists to interact with fans and give them a glimpse of their lives but the convenience of online music means that the consumption of music is less personal. Before, people used to go to shops to buy physical discs. Music wasn’t leaked so you listened to new albums the day the artist intended for you to listen to them and did so as a collective experience with other fans. Silly as it may sound, the effort it took in order to acquire music before was of an advantage to musicians. Now, music is so accessible that people almost take them for granted.

This is part of the reason why Taylor Swift recently withdrew all her music from Spotify. She claims that she was not getting enough royalties for her music on the platform to which the company quickly retorted by producing numbers on how they fairly pay artists from ad revenues and income from premium subscribers.

No matter who is right, Swift’s ballsy decision shows how confident she is in her consumer power. She is one of the few artists today who can benefit from such a move. She knows people are willing to pay for her music and that’s not something many artists can claim today.

Bourne into the Wild Exhibition in Boscombe

After another fantastic year at the Bournemouth Arts Fringe Festival, some of the last events included an exhibition full of local artists resurrecting the issue of endangered species. 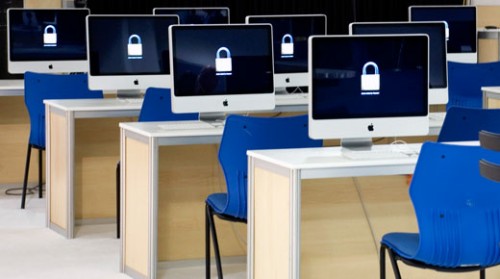 Too much talk not enough action

DEorset’s blogging community is seemingly divided into two sectors. First are the beauty and lifestyle bloggers. They cover anything from London Fashion Week to their favourite restaurants with an abundance of photographs and exacerbated emotions. They tend to fit into a younger demographic and appeal to a teenage and young adult audience.