T-shirts and tantrums: The Apprentice week 1

Two task in. Three candidates out. What have we learnt? The boys should steer well clear of clothing.

Chiles was the first to go on Tuesday after a t-shirt fiasco that lost the team £500 and the task, while Wednesday, as promised, saw the first double-firing. Robert & Scott were given the finger for their camera jumper, which got zero, yes 0, sales.

Seriously… they would have done better with the Amstrad emailer on a top hat. Missed opportunity. #TheApprentice pic.twitter.com/ceyznX94bh

As usual the teams were split into boys vs girls, but not as usual, the girls choice of team name did not go down so well. Going with “Decadence”, they faced stern words in the boardroom and were told to take a second shot at it by the next task.

I would like to say that on its decade anniversary, the show put on something a bit special and it was clear that this would be the best year yet. Unfortunately not. It was exactly the same, if not, worse. It seems incredible that the majority of the candidates somehow managed to get through the application process.

The highlight for the girls, or Decadence, led by project manager Sarah, was their pitch of a bucket and a couple of bog brushes to a zoo for £250. Incase you hadn’t guessed, it didn’t go down too well.

Then there was the catastrophe that led to the boys’ (Summit) demise. The t-shirts. Earlier in the show, the girls had gone to print some tees and forgotten to take anything to pay for them with. The boys went a step further and paid for them… but left them at the printers. It cost them £500 and the task. 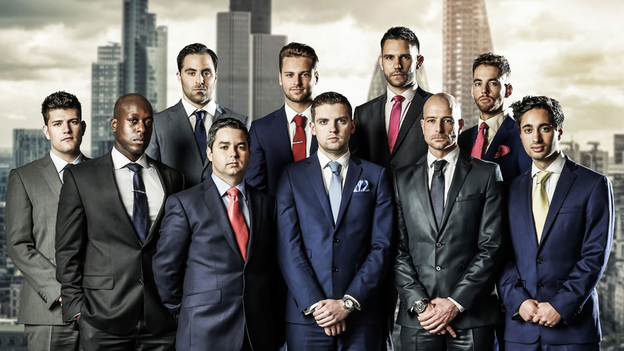 This was fortunate for Sarah as she was sure to be gone if the girls had lost. I’m not really sure what she did as PM, except use the fact that she was PM to get out of doing anything. Before the task had even really begun, it was clear she was destined for the firing line. She was too busy discussing what everyone should be wearing, rather than leading her team.

Though, in a twist, it looks like the majority of the tantrums will be coming from the boys this year. The man who would have got my firing finger was Steven, who did little but whine about how the blame was being shifted on him.

“I’m not arrogant, because what I’m saying is all true.” - Steven

On Wednesday, the promise of a double firing was fulfilled. Robert’s CV, if to be believed, pointed to him being the only logical project manager for Summit. Lord Sugar pointed this out to him at the briefing - the teams were told to design and pitch a piece of wearable tech - but Robert was quick to remove himself from the running in the team meeting. In fact both teams tossed around the PMship as if taking the role would be one-way cab ride out of the boardroom.

But disobey Lord Sugar at your peril. Before the team could make its way to Losers’ Cafe, Robert was fired.

Neither team deserved to win this task. Newly named Tenacity (the girls) pitched a solar-powered jacket that had everything built into it but the kitchen sink. Somehow the last retailer - after the others had rejected it - placed an order despite hating it. Summit pitched a stalker-friendly jumper that had a camera built into the front. Despite the obvious issues with privacy, the camera recorded sideways and Daniel said in a pitch he wouldn’t wear his own product. Needless to say, the retailers went nowhere near it. 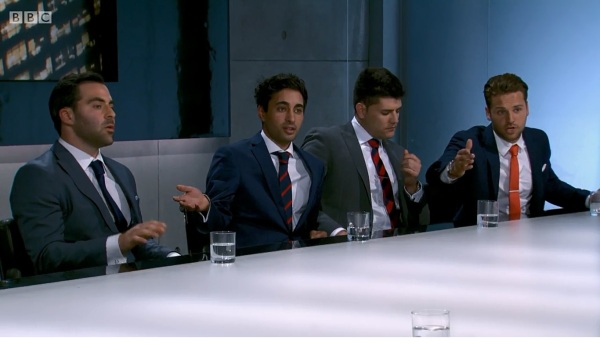 Project manager Scott took to fall for the failure and Lord Sugar sent him home in the second cab of the night.

Next week the teams take on fragrances.