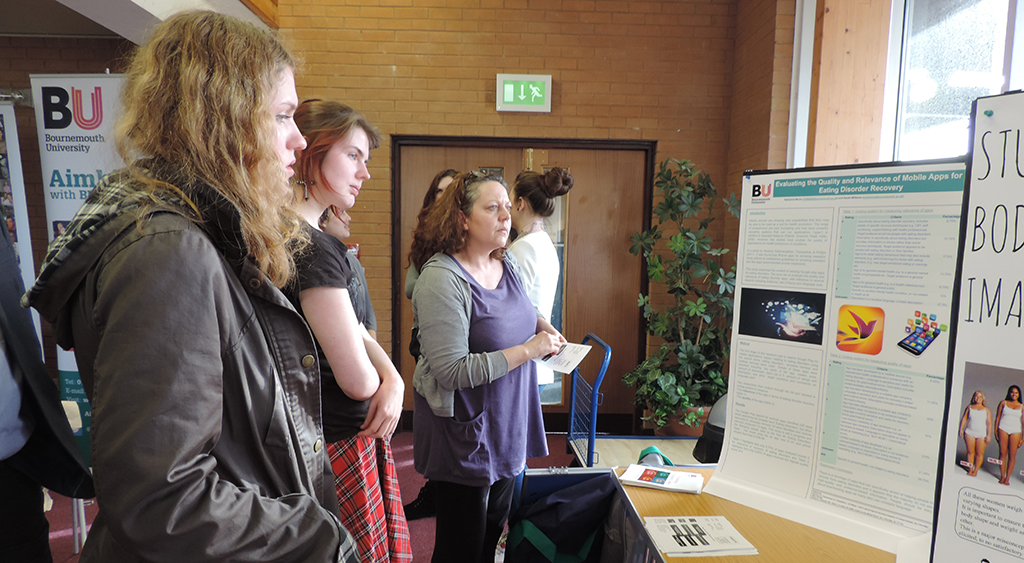 SUBU has joined the cause of Eating Disorders Awareness Week as part of its wider campaign Health and Wellbeing Week.

The union planned their initiative to coincide with the nationwide Eating Disorders Awareness Week, promoted by charity Beat.

The SUBU campaign, running from February 24-28, aims to de-stigmatise mental health and dispel common myths, whilst promoting a safe place for people to talk about any health issues they are facing.

Two days of the week-long programme have been dedicated solely to Eating Disorders Awareness Week.

Bournemouth University hosted a number of speakers today to talk to students about the symptoms and signs of eating disorders as well as some common myths and truths.

She said: “Our core aim is to get more recognition among students.

“We need to make people more aware of the different types of eating disorders there are.

“Early intervention is key but we can only do that by making sure students recognise the signs of an eating disorder.”

Dr Williams and psychology students have pioneered a number of studies throughout Bournemouth University which will take an in-depth look at the many facets of eating disorders, including how people seek help when struggling with an eating disorder and some of the most common perceptions of eating disorders among students.

Dr Williams added that the help from SUBU has been significant in creating support for Eating Disorders Awareness Week during the union’s Health and Wellbeing Week.

She said: “It’s really good that we have great support from SUBU and the opportunity to take part in this event.

“It was great to link up with SUBU and raise awareness about the events this week that are going on.”

According to SUBU, Health and Wellbeing Week is focused on “highlighting the more common issues of mental health and giving students useful contact information for organisations in the UK, and also services within BU to help students if worried about their mental health”.