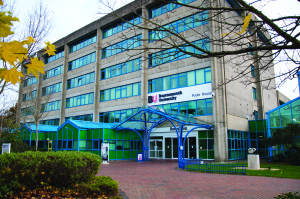 BOURNEMOUTH University has defended the increase in fees for all of its courses.

From 2014 onwards, every subject taught at the university will charge the maximum fee of £9,000.

Previously, only flagship courses were able to charge the maximum fee, however Bournemouth University has raised prices of all courses “due to a number of reasons”.

PR and Press Manager James Donald said that: “There are many factors that go into setting our level of fees at BU.

“From the point of view of the reputation of BU, if we were to charge less than competing institutions, this could be perceived that we don’t offer the same level of quality of education so we stay in line with the sector.”

“All our courses at BU have key information published online for potential students, so they can see in advance what they will be getting for their fees”, he said.

The changes to tuition fees will not affect current students.

Meanwhile, Oxford Vice-Chancellor Professor Andrew Hamilton has suggested that leading universities should be able to charge substanitally more than £9,000.

But Ellen McCausland, course representative for International Hospitality Management at BU said: “The rise in tuition fees did make me think twice about coming to university.

“The time that you actually spend in uni isn’t long enough to feel like it’s worth the price.”

She does believe that student loans are “easy to pay back” and is glad she has decided to come to university in Bournemouth.