Social media crimes on the rise in Dorset

Facebook crimes in Dorset have gone up by over a third in the last three years according to new information released by Dorset Police. 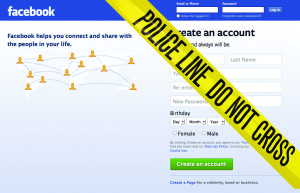 The number of crimes relating to the social media site reached 205 last year, a rise of 38% since 2011 when there were 77 incidents reported to police.

The data was released by Dorset Police following a Freedom of Information request by political thinktank Parliament Street, who also questioned 24 other police forces across the UK.

Steven George-Hilley from Parliament Street said: “The Government must do more to tackle this new wave of crime which is often intrinsically linked to social networking sites like Twitter and Facebook.

“Every police officer should be equipped with the very latest cyber skills backed up by tougher sentences for online offences to ensure criminals do not gain the upper hand.”

The news comes just a month after Dorset Police and Crime Commissioner, Martyn Underhill, backed a partnership between Bournemouth University and five police forces in the South West to battle cyber-crime.

Mr Underhill said: “Cyber-crime is a growing threat in Dorset and people need to be better informed against the risks of using their computer or smartphone.

“It is crucial to raise greater awareness of cyber-crime. Wherever I go in Dorset, the public have made it quite clear that they are worried by cyber-crime and fraud. The government and the South West region of police forces have identified that this is the most significant emerging threat to our residents.

The FOI request also revealed there were nine incidents of Twitter crime reported to Dorset police last year, up from one in 2011.

In 2012 a Dorset teenager made national headlines after sending Olympic diver Tom Daley a tweet saying he had let down his father after missing out on a medal. Daley’s father, Rob, died following a cancer battle in May 2011.

Reece Messer, who tweeted using @rileyy_69, before the account was suspended, was arrested by Dorset Police and questioned over the message.

Eventually officers gave Messer, who was living in Weymouth at the time, a formal warning for harrasment.

Nationally reports of Twitter crime have risen sharply, doubling from 677 in 2011 to 1,291 last year.