Sitcoms VS Dramedies: Do we need laugh tracks to find a series amusing?

Finding the comedy ourselves without a laugh track. 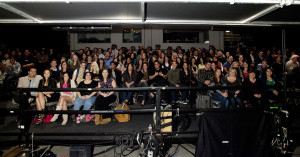 What do people think of recording in front of a studio audience? © NBC

Ever watched a situation comedy and found it off-putting when the canned laughter makes you feel like you should laugh at something that just wasn’t that funny?

Can you watch episode after episode of a sitcom and not be at all bothered by the laughter in the background?

Are you like me, finding yourselves somewhere in between? (Does it really just depend on your mood and what you are willing to tolerate at the time?)

I love watching television and I’m a frequent buyer of TV box sets. I enjoy the continuity, getting to see the characters again and again in different situations. I adore sitcoms, when they’re good! Who doesn’t right? For me, British humour tends to make me laugh harder when it’s done right, but I do watch an awful lot of American TV.

‘Dramedies’ are also well worth watching; shows where you can enjoy the engaging or even potentially tear-jerking drama but still appreciate the comedic elements in a standard sitcom format. 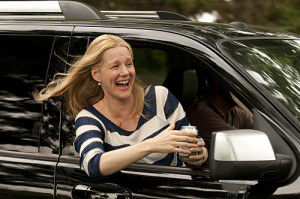 What do people think of the popular BBC sitcom Mrs Brown’s Boys? An original show that manages to carry on filming despite bloopers, a show that is as meta as they come. To my knowledge, no other current show does this, therefore making it stand out. Plus it is recorded in front of a studio audience so here the laughter seems acceptable as you know it’s real and the show has managed to hit the nail on the head.

Newer sitcoms in the last few years consist of: Hot In Cleveland, The Millers, Community, The Crazy Ones, Mike & Molly, Modern Family, The Middle, Cougar Town and many more. 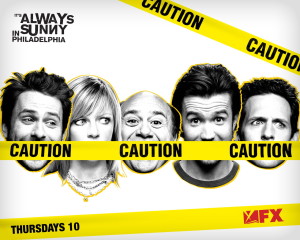 Sitcoms still current and running strong are: The Big Bang Theory, How I Met Your Mother, Two And A Half Men and It’s Always Sunny In Philadelphia. Arrested Development has even made a comeback. Despite its cancellation, it’s now back on the air.

There aren’t many comedy dramas (‘dramedies’) around, but The Big C has earned its place on our screens. Laura Linney who plays Cathy Jamison, the terminally ill suburban ‘hausfrau’, landed a Golden Globe for her performance in the role. The show was also nominated for Best Television Series - Musical or Comedy. There are so many times when watching this, I find myself engaged and torn between laughing or crying. In my view, a good comedy should be able to make you laugh and cry.

Let’s take a look at just a few more. 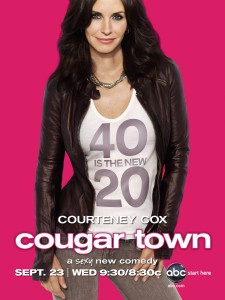 WITHOUT A LAUGH TRACK

I love how Courtney Cox from Friends and the Scream Quadrilogy, leads a cast in a show from the creator of Scrubs (also without a laughter track). I would say this show has very stylised humour, which you have to be in the mood for, but definitely give it a chance. The lack of a laugh track works here, you don’t need it with all the musical stings added for effect. 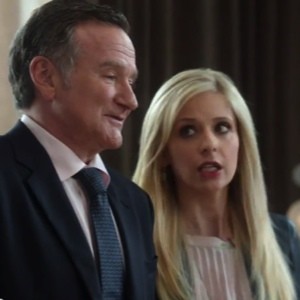 Robin Williams (Mrs Doubtfire) and Sarah Michelle Gellar (Buffy The Vampire Slayer) play father and daughter here in a show that is most definitely worth watching. This show revolves around an advertising company and its antics. The two play off each other well and I think a laugh track would only spoil the atmosphere created.

Although short lived, I did find this very amusing at times and was quite disappointed it ended at Season 2. It was quirky and charming. The narration from main character Christina Applegate sort of negated the use of a laugh track. At least she has now returned in new comedy Up All Night with Maya Rudolph from Saturday Night Live and Bridesmaids.

I love this show and I’m only on season two. I don’t care about the laugh track here, I’m usually too busy laughing along too. It’s great to see Alyson Hannigan in a sitcom plus Neil Patrick Harris as Barney and Jason Segal as Marshall! 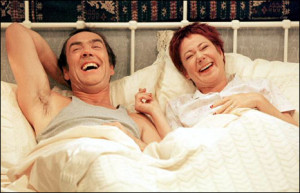 When I think of British sitcoms, this and Absolutely Fabulous stand out the most, for me. I think it’s the dynamic between Ben and Susan Harper and the conversations they have in bed where they tend to discuss the affairs of their children. Ben always seems to have to get involved against his will because of his nagging wife. Brilliant. If you’ve never watched, I recommend it! 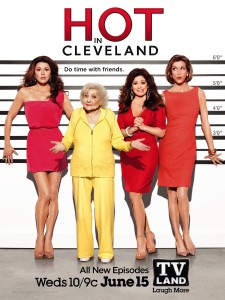 My favourite American sitcom, filmed in front of a studio audience like Mrs Brown’s Boys. Three woman make a life changing sudden move to Cleveland from LA and have to adjust to the new-found attention from men as well as the snarky and abusive comments from their Polish live-in caretaker (Betty White). Just amazing.

To conclude, it’s a matter of taste. I think it is more common to feature a laugh track but can be more rewarding to leave it out and let the audience find their own humour in the situation.