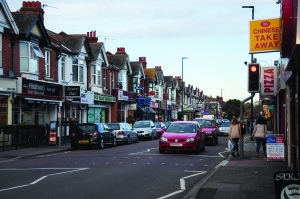 A SAFETY alert has been issued after claims a Bournemouth student was subject to a terrifying sex ordeal.

The woman got into a car that she believed was a taxi and was assaulted on the drive to her boyfriend’s house.

She managed to escape when she pretended to live in Charminster and demanded the driver to stop.

“I was so scared, I hid behind a bush as soon as I got out of the car, but I was worried he would come back,” she told The Rock.

“It was a terrifying ordeal and I’ve never experienced anything like it before in Bournemouth. I’ve used many cabs in the past without trouble.”

Now all students have been warned to be extra vigilant on nights out. Police Community Support Officer (PCSO) Majid Samadi said: “I urge all students to never get in a cab if they have not booked one, or picked one up from a taxi rank.”

The incident follows a series of reported sexual assaults in recent months. Police have issued appeals regarding a sexual attack on a woman on October 25 in Moordown, and assaults on two young girls in the Northbourne area in November.

The woman involved in the most recent case has now informed the police. Her ordeal began around 3am on November 1. The victim was leaving a club alone after a night out with friends when a white middle-aged driver  beckoned her over.

After entering the vehicle, the driver started inappropriately touching her. During the drive through Charminster, the woman demanded the driver let her out immediately.

She said: “He seemed startled by my sudden declaration for him to stop the car, and kept asking if I was sure this was my address. I told him everything that he wanted to hear in order for him to let me out and then ran and immediately called the police, who then came and picked me up.”

PCSO Samadi said: “Entering a registered taxi ensures any incidents that happen can be traced back.” He also encouraged students to safely drink and go home with friends. “Look after each other and make sure you all get home safely.”

One of Dorset’s largest taxi firms has also issued advice to students. Derek Heritage, Marketing Director for United Taxis, said: “Whenever you get into a cab you should always try and make a note of the license plate, which will be on the back and front of the car.

“We track all our vehicles which ensures all our cabs are traceable. Other cab services do so as well. In addition, if you make a call for a cab it is important to wait for the right vehicle. People tend to just get in, and don’t notice much about the vehicle or driver, and it makes the taxi untraceable.”

The victim of the reported sexual assault said: “I want other females to be wary of travelling home alone at night and to avoid getting in any cabs they haven’t ordered. Since the incident I haven’t been home but stayed with my boyfriend as I don’t feel that safe.”