Rye in Ringwood with the Bournemouth Bartenders League

Rittenhouse Rye increases intensity within the Bournemouth Bartenders League with a Manhattan extravaganza. 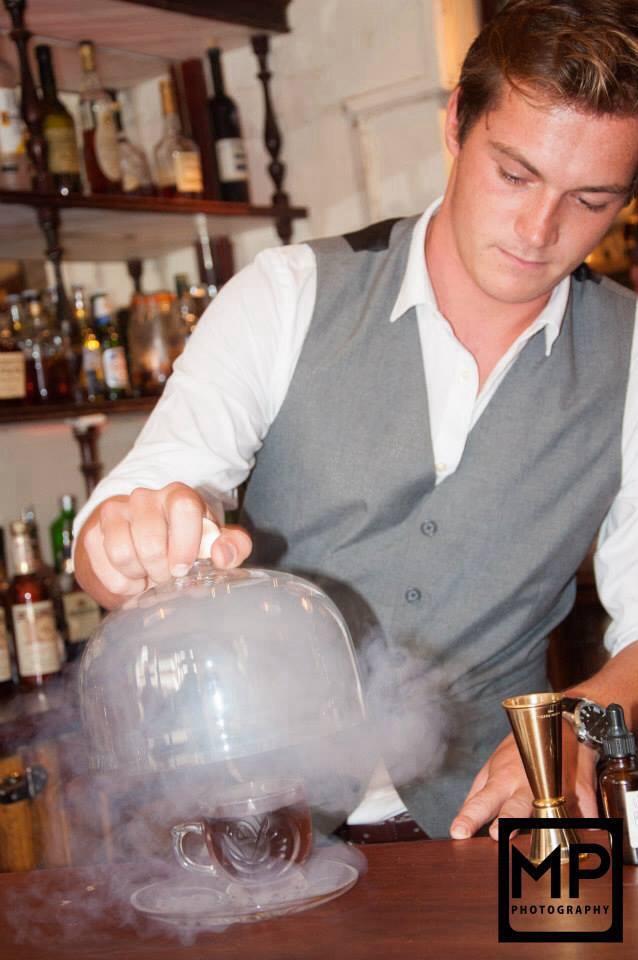 And we could not have had a better venue for it…

It was the first of a miraculous 10 competitions that we actually had a live audience for. However they were fuelled by coffee and the sandwiches of Kings, whereas we were fuelled by a wee tipple of Kentucky’s best rye Whiskey: Rittenhouse.

Framptons & Sons of Ringwood is a truly humble place to come and relax with the hospitality of Mr Ben Piercy and his team. I thoroughly recommend you make a trip to see him via the X3 bus route, just so you can enjoy his work without the car!

After an introduction to the brand from the Rittenhouse rep, Andrew Bradley, we started the bout with the return of Kane Manley. He wowed us with an elegant teacup of the rye with homemade vanilla bitters, sweet and dry sherry and a vanilla smoke, which set an unhinged benchmark for the other 7 competitors waiting in the touchlines to hit.

Amongst the best of the best serves was Tommo Quy of the Captain’s Club Hotel, who stuck with the Manhattan theme with Dr Manhattan from the film Watchmen.

He stirred his drink with an intriguing tobacco liqueur and served it with a wristwatch smoked in a chamber to resemble a scene from the film. This serve showed that a brief for a competition is there for a reason: to be abided by and extended to bend the minds of those watching!

Another person staying true to the Manhattan legacy was Lawrence Haxby, who served 3 different Manhattan styles in test tubes conveniently bound by magnets to a rotating tripod with a fluorescent purple glow. Ironically his drink was named The Manhattan Project and opened many eyes to the drink we adore so much as bartenders through the eyes of the customers we serve.

Coming down to the wire though, it was Kane who took the podium. He beat off serves with the likes of salt and pepper bitters, chocolate bitters and cigar-smoked maple syrup flown in all the way from Vermont.

I managed to place a humble second place, using an eagle decanter smoked with Hickory and beholding the rye with Carpano Punt E Mes, the maple syrup mentioned earlier as well as coffee bitters.

Our fantastic host Ben clinched third with a luscious Orleans absinthe rinsed glass, peach bitters, Lillet Blanc and a good helping of Rittenhouse, served with a Brooklyn beer on an American number plate.

As the Manhattan is my all-time go-to drink, I was always going to love the day ahead, even if everyone just served Rittenhouse straight up.

There is such a shortage of the stuff in this country at the moment; there has been over the past 4 years. If you get a chance to pick some up then cherish it; you will find it difficult to get it again without paying an extortionate amount for P&P from America.

Us on the other hand, cherish it more for serving you, our wonderful customers… as although we know the whiskey is authentically brilliant served alone, or alongside more of it, we also know that part of the challenge lies in trying to turn that frown upside down with a rich, palatable, soothing and all round classic drink that is the rye king, the Manhattan.

Cheers one and all, drink your Manhattans responsibly…with a blustering winter outside, the fire roaring and the TV as terrible as ever.