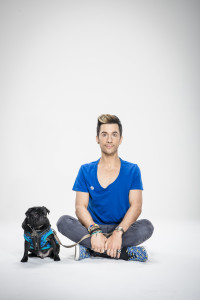 Russell Kane is currently intrigued by small things, even though may be a larger-than-life presence on stage and able to sell out large venues across the country.

On his new tour, he has booked rooms which vary in capacity from 200 to 1200 seaters, all of which is in keeping with the theme and title of his show: Smallness.

The idea of his new show has several layers, revolving around notions of smallness, whether it’s to do with the British way of life or the way that we all act.

Filming has been completed on the third series of his BBC Three show, Live at the Electric, in which he performs stand-up in between introducing new sketch show acts. However, it will be interesting to see how he fits the news of BBC Three becoming online only into his show tonight.

A review of the show will be posted in the next few days.