Rugby means everything to the Welsh

It’s not an exaggeration to say that the Six Nations completely takes over Wales. Streets, clubs and pubs are crawling with red jerseys and pints of Brains beer. 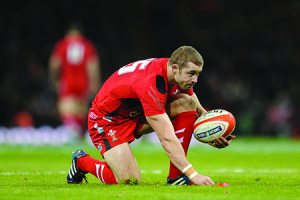 Writing from a Welsh perspective, it’s difficult not to mention the acrimonious relationship we share with the English on the rugby field. The sporting anthem ‘As Long As We Beat the English’ comes to mind.

After our Championship victory last year, expectations were high, making our defeat to Ireland an even harder pill to swallow.
Losing in Dublin was a Welsh tragedy of Shakespearean proportions. Losing by a massive 23-point deficit, as Irish hearts soared, our entire tournament was shot in 80 minutes. How would we beat the likes of England and France when we couldn’t even get close to the Irish?

Two weeks later, we may have pummeled France, but the Championship was out of our control and headed to English soil after they gained victory against both Scotland and Ireland.

On March 9, the biggest game for the Welsh had finally arrived. Without the loyal turf of the Millennium Stadium and the chorus of singers chanting “Bread of Heaven” that comes with our home ground, Twickenham was going to be tough.
The game was messy and rigid, more suitably named ‘England vs. Leigh Halfpenny’s boot’.

England’s head coach, Stuart Lancaster, said “that win was right up for me there”, after claiming his first victory over Wales. With our Championship hopes dashed and our star kicker, Halfpenny, injured, there was little optimism left in Wales.

On the tournament’s final weekend, Wales may have finished with a great 48-point win over Scotland but all eyes were on the Stade de France.

The tension was incomparable to any other game of the tournament but ended in a deserved win for Ireland and a rightful send-off for their most capped player and captain, Brian O’Driscoll.

Wales may not have ended the Championship as victors, but honestly, neither did England, and that made this year’s loss that little bit sweeter.

We were beaten fair and square by two teams that performed with more gumption and creativity than us on the day. But the Irish and English teams are back on our soil next year and the Welsh chorus will be louder and more passionate than ever.