Patrick Wilson reviews the 2014 Royal Rumble event. How well did one of the most iconic matches in professional wrestling shape up this year?

Obviously the following will contain spoilers for the event but if you want a short version, I’ll allow WWE Hall of Famer Mick Foley to sum it up

Does @WWE actually hate their own audience? I’ve never been so disgusted with a PPV.

Yeah. Mick Foley said that. If you want to see more of his thoughts he wrote more on this Facebook post and his son Dewey Foley was even more outraged (seriously cutting stuff).

So what happened? What caused this outburst of anger? Let’s do a match by match review run-down to find out. 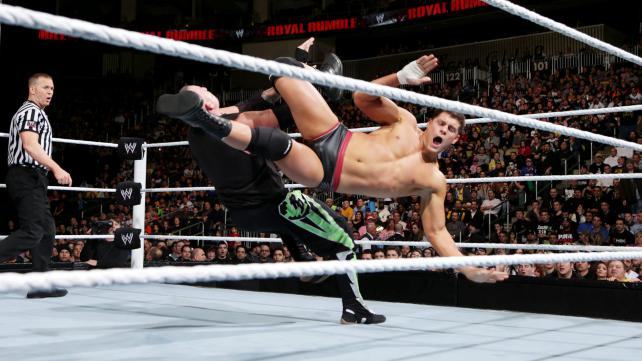 This was a rather solid match, nothing outstanding though. It started well with Goldust’s front flip and Cody leaping from the ropes but unfortunately the advert breaks really took a huge chunk out of the match that made the whole thing feel disjointed. I understand the WWE wants to sell the PPV as much as possible, but surely showing a complete, stellar kick-off match will interest people more than being told they can watch on their smartphones for the umpteenth time.

But I have to address the finish. The New Age Outlaws won. This really foreshadowed what was to come later in the night. After making the Rhodes brothers overcome such odds and having absolutely fantastic matches week after week, they drop the titles to Triple H’s 50 year old buddies from the attitude era. I get the nostalgia thing, hey I was an attitude era kid, I loved the New Age Outlaws. But it’s 2014 now and these guys are not fresh enough. At least Goldust has vastly improved his in ring presence, these guys it’s the same old, same old. Poor finish to an otherwise O.K match and one that set the tone for the rest of the evening. 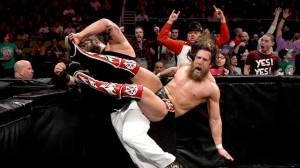 Now this match is already a contender for match of the year and really was the highlight of the evening. It’s almost a shame this match was put so early in the night because it outshone everything that came to follow. Daniel Bryan and Bray Wyatt are just wonderfully talent wrestlers and both with a tremendous amount of speed and athletic prowess. It was also nice that the match had a clean finish. Bray hasn’t really been effectively put over as a singles competitor as of yet but this match really made him someone to fear. It had everything I could have wanted, great spots, consistently entertaining and another dose of nightmares courtesy of Bray’s creepy crab walk.

Bray in the end took the victory in a great finish. At first I was annoyed that Bryan’s momentum was being stalled with another loss, but it did put over Bray very effectively so really it was the better decision. Crowd reaction shows that Daniel Bryan didn’t necessarily need this win but it truly cemented Bray Wyatt as a formidable force to be reckoned with. Classic well done wrestling story telling.

Brock Lesnar vs The Big Show 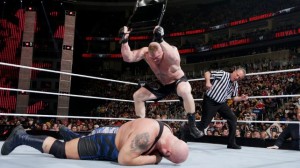 Well this was a non-match. I’m not really sure what happened here. There were some rumours that Big Show had hurt his hand in a dark match but either way this was a straight squash. Lesnar ran out before that match could even start and just starting wailing on Big Show with a chair. A lot of chair shots and an F-5 later and Brock was the winner.

I know a lot of people were angry that this match wasn’t really. well a match, but I’m thankful it was so short to avoid another fiasco like Survivor Series. 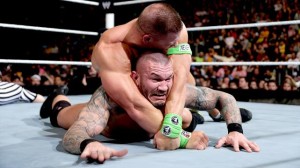 Oh dear, oh dear. This was a disaster

The fans in Pittsburgh did not care about this match. They chanted everything under the sun from the obligatory Daniel Bryan chants, to Y2J and even, which I thought was a bit harsh, “we want divas”.

The crowd really showed how little they cared about this match and both superstars failed to deliver as performers. Remember these are supposed to be our top guys, the Title holders, faces of the company. Surely they saw this coming?

The saving grace of the match was the Wyatts attacking Cena after letting Orton won on the distraction. Not enough to save this train wreck but still an uplifting ending.

Winner: Randy Orton (but really it was the Pittsburgh crowd that won) 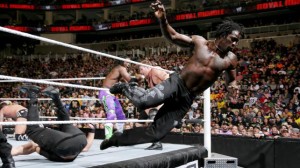 Oh boy now this is where things got really bad.

Don’t get me wrong the rumble match itself was great. Exciting spots, Kofi Kingston got to do his crazy death defying saves (which was really spectacular) and a few surprise entrants. Seeing as this was such a huge match, I’m going to break it down into aspects.

Now this year the surprises weren’t that spectacular, it was nice to see Kevin Nash appear and was something I genuinely didn’t see coming. The return of Dolph Ziggler and Sheamus from injury were also great to see. There were some stinkers, El Torito was pointless and just used for a cheap laugh and JBL coming in for about 5 seconds gave me flash backs of that time all the commentators entered the rumble, something I never want to re live. Someone who really made a splash was Alexander Rusev from NXT who really impressed in the ring. The surprise entrants basically averaged out at O.K. Was really hoping for more. 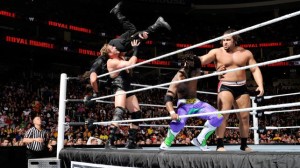 CM Punk really shone throughout after being forced to enter at #1 by Kane. He had a great showing throughout and even got to eliminate Kane who then unfortunately came back to eliminate Punk later. The best stand out of all though was Roman Reigns. Roman Reigns broke the record for eliminations at 12 total even eliminating his Shield partners Ambrose and Rollins. He also came second place after the crowd really started to rally behind him. Roman Reigns is going to be a major star and if this Royal Rumble did one thing right, it was to really make this guy shine. It’s something at least to take home from proceedings. 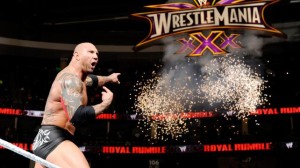 And here is where everything went off the deep end. Twitter was a buzz with rumours of Daniel Bryan actually being entered into the rumble. The fans were hungry for Bryan to come in and win so he could headline Wrestlemania. However it soon became abundantly clear that Bryan was no where to be found. As the #30 rumble spot was shown to be taken by Rey Mysterio the crowd erupted into a frenzy of boos. It was incredible to experience. It genuinely felt like the crowd was ready to riot. And slowly but surely, Batista was victorious

Batista, the guy who showed up last week. The guy who also happens to have a new movie coming out this year, the guy who by all accounts did not deserve nor need the Wrestlemania top spot. It’s a real shame to see. I’ve talked at length about Daniel Bryan and how I thought the WWE were finally listening to fans in earlier blogs but clearly I was wrong. The WWE just don’t get it. They are too stubborn to allow the fans what they crave so dearly.

Batista even got angry at the crowd who booed him. Flipping off fans and getting incredibly hostile reportedly using his middle fingers to mock the YES chants. This is the guy who will be headlining Wrestlemania? A spoilt, entitled meat head?

The worst part of all of this is that I knew it was coming, I think we all did. Realistically who else could have won the rumble if Bryan wasn’t entered? It would have been a huge surprise if Roman Reigns had won in the final two but it was highly unlikely. It  just feels so formulaic, so predictable and with complete apathy towards their own so called WWE universe. It really put the sour cherry on top of what, as a whole, was a disgracefully disappointing PPV and Royal Rumble.

I’d love to hear some comments so leave them in the comments below. I’d like to end with these tweets from Daniel Bryan. ‘Till next time.

Sorry guys, the machine wanted me nowhere near the Royal Rumble match. But I thank everyone for their support. YOU are the #YESMovement

They try to keep US down and away from the top spots, but they can’t ignore the reactions forever. Keep voicing your opinions. #YESMovement