A survey has revealed the poor condition of rented homes in Bournemouth. The figures show the alarming number of students currently living with mould and damp, whilst highlighting other problem areas tenants are facing. 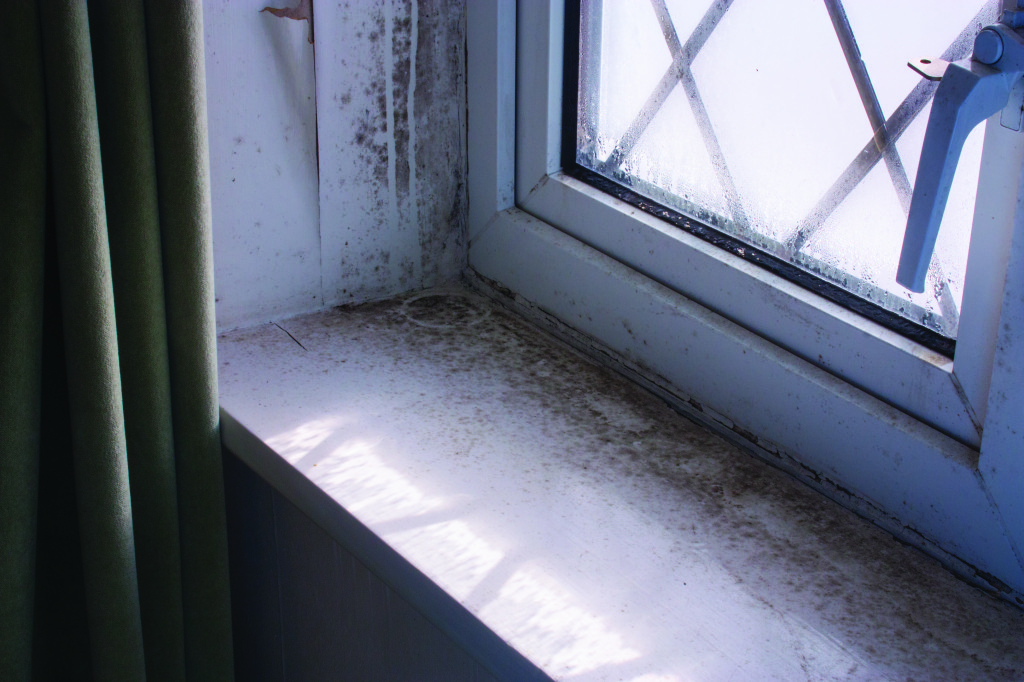 Students have complained that landlords and estate letting agents are failing to resolve the problem, and instead are ignoring the issue, or making empty promises. As a result students have felt ill and become distressed by the conditions they live in and the lack of help they have received.

Both the Bournemouth Borough Council and Bournemouth University have launched numerous schemes to tackle the growing issue, and to make students and residents well aware of their rights as tenants. The council has been given a large sum of money to aid tenants with their housing problems.

The university is running an ongoing campaign to make sure all students are aware of the help that’s available. They are also offering advice to people who are affected by housing issues concerning mould.

Bournemouth Borough Council and Bournemouth University have both launched seperate schemes in the hope of improving housing conditions for tenants.

A recent survey of 330 students conducted by the housing review site Move’m has revealed that 41% of students in Bournemouth are living with mould problems. Move’m founder Peter Ramsey believes that mould is one of the main issues with student homes.

He said: “Mould is more common than estate agents would like to admit, and often students are left without heating for months on end. What’s more surprising is that the majority of the students affected claim they have told their landlords about the problem, but no action has been taken.

“If it were a regular letting, action would have been taken immediately. Students feel that they are ignored. Estate agents will tell you that you need to keep your house ventilated, however you shouldn’t be living with black mould. If there is black mould it should be the landlord’s responsibility,” said Peter.

He adds: “If it was there before you moved in, and it’s an outstanding problem, keep pressuring them to sort it out.”

In the wake of the survey, Bournemouth University’s student union (SUBU) are making students aware of this issue, and have launched a series of campaigns such as ‘Home Sweet Home’ and ‘Don’t Rent Yet’.

Toby Gray, SUBU Communications Assistant, said: “Mould is the common disrepair problem SUBU Advice handles. We are working alongside the council to offer free consultation for students on their rights as tenants. We’re encouraging simple measures people can follow to reduce mould problems such as proper ventilation and regularly heating the house, but also not to accept being treated as second class customers by letting agents and landlords if the problems persist.”

A Bournemouth student who is letting privately has been affected by the unsanitary condition of her bedroom. She said: “The first two weeks of moving in I was really ill. I’ve complained to my estate agent and they have said there’s nothing more they can do, even though I’ve heard from other students that they have been given dehumidifiers and had their walls reprinted. Instead my estate agent has said that I need to buy the dehumidifier and mould spray. I’ve had to clean the wall myself, and I haven’t purchased the dehumidifier because I don’t believe it’s my job to get it.”

A 20-year-old Digital Media Design student studying at Bournemouth University has said his main issue has been mould and damp. He said: “My room has a door which goes out to the garden and there’s a patch of mould which is crawling across the floor coming from it. The room smells of it.We keep the heating low in the house to save money, but my room gets so cold I can see my breath.”

“My friends said the other day they were worried about my health. We’ve told the landlord and he said he would try to come round to check it out, but I still haven’t seen him. Also over Christmas our back fence was ripped apart by the wind, and it’s only just been replaced last week”.

David Stock, SUBU Advice Manager, explained problems involving students privately renting arise every year. “We see dozens of students each year who are experiencing problems with damp or mould in their homes We recommend they ensure their behaviour isn’t making things worse, but we certainly encounter a reluctance from landlords and agents to do anything about the issue. Whether it is inadequate insulation or poorly performing radiators, there is often something that can be done about the issue if the willingness is there.”

Students and residents will also be getting support from the council. More than £130,000 has been allocated to Bournemouth Borough Council and the Borough of Poole to support the councils’ joint work to tackle rogue landlords in the area. The government funding has been awarded following a successful joint bid by the two councils to help fund specific work, targeting landlords who poorly manage their properties and to help protect vulnerable tenants when renting properties.

The news will come as a relief for many people, and also Bournemouth University in the wake of its campaigns against student housing issues.

Cllr Robert Lawton, Bournemouth Cabinet Member for Housing, said: “More needs to be done to clamp down on those landlords, known to be operating across the area, who are sub-letting poorly managed and often overcrowded properties to vulnerable tenants and foreign nationals. This successful bid will mean that we can increase our targeted work to raise standards in the private rented sector and, where necessary, we will prosecute those landlords flouting the law,” he said.

The funding will be used to further intelligence on rogue landlords to determine how they are operating. It will also help to take action against landlords whose properties are poorly managed and who treat tenants badly with actions such as illegal evictions or not returning deposits.

There are also plans to use the money to raise awareness of how tenants in Bournemouth can access support and advice about their rights when renting property, and encourage those with complaints to seek help.

Cllr Karen Rampton, Portfolio Holder for Health, Well-being and Housing, Borough of Poole said: “Landlords that are acting in this way are exploiting vulnerable tenants who are unaware of their rights. This funding will provide additional resources to help fully investigate these complex cases enabling us to prosecute the worst offenders. Action such as this will help promote awareness for vulnerable tenants and their rights and also send out a warning to other landlords who think it is acceptable to operate in this way.”

Students who are suffering from mould problems have been advised by SUBU to visit them for a free consultation. McConnell Property Group, who featured in the survey, was contacted for a response but was unable to provide a comment.