Pokémon is commonly thought of as a franchise that makes no changes with each iteration. Fans will say otherwise and with good reason, but with Pokémon’s sixth generation, developer GameFREAK has made the progress all the more obvious for even the naked eye. 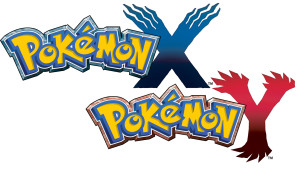 The series has made a smooth transition to 3D. The introduction of character customisation is a perfect fit for the new look and the new animations look fantastic without disrupting the fast-paced battles like the console iterations. Although the frame-rate does drop occasionally in and out of battle, it doesn’t ruin the experience but it can be a nuisance. Lumiose City, the game’s central and largest area, suffers from short delays when exiting buildings or areas but these are minor annoyances that don’t occur often enough to mar a fantastic looking game.

While mega evolution is a great new feature that breathes new life into some old Pokémon, the game’s biggest impact to the gameplay is undoubtedly its new online features. The PSS (Player Search System) on the bottom screen shows who’s online and lets you interact with them by touching their icon, letting you continue your single player experience without needing to travel all the way to the nearest city just to trade or battle. You can also help their progress through O-powers, which can provide a boost in capture rate, earned money and other extras for three minutes.

Super training and horde battles makes preparing your Pokémon’s stats for online battling much easier. The EXP share item is given to the player early on and has been modified to give 50% to the remaining 5 magical monsters in your team. This makes X and Y by far the easiest installment in the series for newcomers to start on, but those wanting a challenge can leave it off and experience a decent challenge.

It’s a shame that despite of all of X and Y’s gameplay improvements, the story has actually worsened since the last game. While many series veterans will likely be fine as they play Pokémon for its gameplay rather than story, the game forces its narrative on you much like the previous generation Black and White, but has the worst plot and supporting cast in the entire series.

The characters certainly don’t lack charm but they don’t make an impact either. The game has heavy focus on its narrative but doesn’t do it well enough, or lacks the correct pacing, to make you care. It ends up being laughably cheesy and unbelievable, even for a child-friendly game.

However it’s a huge testament to Pokémon’s sixth generation that it manages to be so great, despite its problems. The series has received many substantial improvements and fans will find many little changes that will excite them.