They may have not been with us for that long but even cancelled shows can leave their mark. It’s hard to make the cut these days. 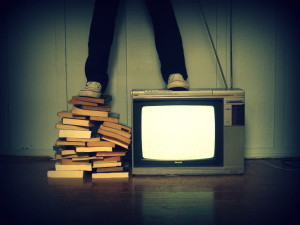 Watching TV series has become like getting sucked into a good book. © Lubs Mary. via Compfight

I think it’s more than safe to say that “a good show” is just a relative term now, right? Everyone is so different in their tastes and it seems that by liking a failing show you’re falling into some kind of minority group, because if the groups liking these shows were really that large in numbers then surely we might be able to actually prevent them being cut.

First impressions are paramount when it comes to watching a new show. I love watching new things, embracing a new fictional world and allowing interesting and unique characters into my life. I sometimes wonder when my brain is going to run out of room to absorb all this new information that is being hurled at me; character names etc. When you watch as much as I do and are always looking for new stuff, remembering names can become difficult.

Sometimes the networks are decent enough, (if this really is a decent thing) to give us until the end of the series before they rip them away from us, an example being ABC’s No Ordinary Family. A TV Series about a suburban family who acquire super powers.  The cast being Julie Benz (Buffy/Angel, Dexter) and Michael Chiklis (Fantastic Four – we all remember the big hulking rock giant right? AKA Ben Grimm).

This show to me was thoroughly entertaining and unique. It had ABC written all over it; imagine if the cast of Desperate Housewives all had super powers - this would be sort of like that. In fact Julie Benz was actually in Desperate Housewives for a while in Season Six.  SEASON SIX – at least this show made it past Season One, this brings me to the point of this article.

What is it that makes a pilot work? What is it we need to look out for and why do so many crash and burn?

First of all, it is essential that a Pilot episode establishes certain things:

TV and film, much like being curled up with a great book, is a method of escapism. We take comfort in knowing that what we watch tends to be fictional. We associate certain genres with specific connotations e.g. romantic comedies where the guy gets the girl; if we want a happy ending we know where to look.

Every show has a unique selling point, an angle, a hook. Something to keep us interested - but it can be very subjective. Here’s my observations. 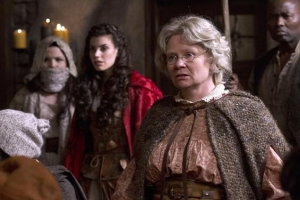 Once Upon A Time © 2012 American Broadcasting Companies, Inc. All rights reserved.

Game Of Thrones:
Having actually watched this recently for the first time, I found the more fantastical and sinister elements of the show by far the most intriguing as well as the relationships between some of the characters. Any show that can create a new world deserves a reward. The appeal here seems to also stem from the novelisations, how true the show is to them I do not know but I’m always hearing great things about this show and I feel great that I finally get to see what people mean.

Charmed:
Great story lines and amazing loveable characters. This may have been off our screens for a good few years now but there’s a reason it reached 8 seasons. This is one of those TV shows I fell into watching years after it had finished airing but I must have watched each series several times over now. The special effects are great and there really aren’t a whole lot of shows like this anymore. The concept of Witchcraft in TV seems to be disappearing completely now, though there have been attempts such as The Secret Circle and ITV’s Switch. Both of which failed. Perhaps they should bring back the concept of Witchcoms - Sabrina The Teenage Witch, Bewitched. 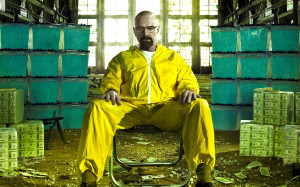 Breaking Bad:
Once again, I started watching this recently too. I think I fell in love with this show instantly. The humour combined with loveable protagonists Walter, his wife and son. This pilot episode, for me, was a great example of how to emotionally engage the audience. The scene with the bullies in the clothing store picking on the disabled son and the father sticking up for him, well worth watching. I also found myself laughing so much at certain parts. The writing is great and the hook comes from wondering when Walter is going to tell his wife and son about his new escapades and condition. It just had me enthralled.

Grey’s Anatomy:
Captivated straight away in the pilot by the opening scene of a woman picking up a man at a bar, sleeping with him and the morning after saying goodbye. She heads off to start work as a medical intern in Seattle Grace Memorial Hospital, only to find he is her superior - could it get any more awkward? The protagonist Meredith Grey, the reason behind the title, is loveable but there are so many other characters worth following and the show really is gripping. Each episode tends to be a standalone one with previous story lines woven through it. 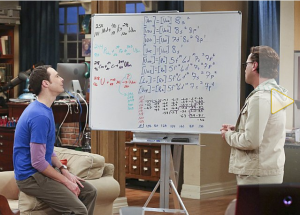 The Big Bang Theory:
Is it the subtly masked jabs at each others’ ego provided by Sheldon and Leonard? Or is it the awkwardness between Howard and the outside world or Ravi and ANY GIRL that the humour is derived from here?  I may have only just finished the first season and be miles behind the rest of the world but I still love this show. Sitcoms have more leniency when it comes to episodes that do not need to link to another, as long as the main themes are always prominent then this is fine.

Once Upon A Time:
Storybrook Maine? A town that was supposedly once a magical kingdom inhabited by every fairytale creation we ever knew of. A town where time stands still until one woman comes and changes it all. Each episode tells two parallel stories, the real world and the world it once was. If you’re into weirder shows, I’d recommend this. I have been waiting for a show like this for a long time, something weird and amazing at the same time.

In conclusion, a good TV show must sustain our interests. There’s no telling what could be successful right about now; it’s all about what kind of spin you put on the same story. What makes the plot and the characters unique and memorable enough for us to keep coming back.

It’s never an easy job being a writer in this industry or aspiring to be one.