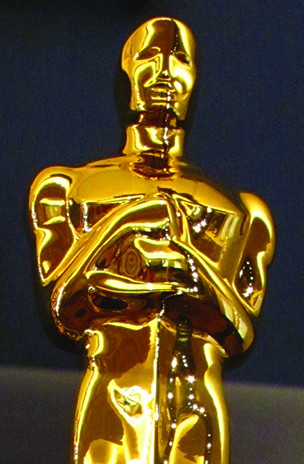 The Oscars are far more open this year ©Loren Javier

For me, the television event of the next few weeks is the Oscars 2014. This year. it’s really interesting.

Usually, predicting the winning films at the Oscars is as easy as angering Christian Bale or confusing Michael Bay with a teleprompter. Last year, for instance, there was no doubt at all that Daniel Day-Lewis, Jennifer Lawrence and Anne Hathaway were going to walk away with trophies under their arms and, the year before, Meryl Streep’s performance as Margaret Thatcher in The Iron Lady was a dead cert to snatch the milk of victory.

This has led to a depressing stale feel around the Academy Awards ceremony. In stark contrast to the glitz and glamour of the evening, the actual presentations feel like something of an anti-climax.

The people over at the Academy have taken drastic action to try and reverse this trend, culminating in last year’s hiring of controversial Family Guy and Ted creator Seth MacFarlane as host. Audiences received MacFarlane very poorly after his more edgy take on presenting the Oscars drew huge amounts of press criticism.

So unfortunately, it seems that changing the host and the feel of the ceremony isn’t the best way to inject some fun and originality into a tired, creaky format as long as the actions of voters remain achingly obvious and predictable.

However, as if by magic, the Oscars 2014 are harder to predict than they have been for a very long time. Almost all of the categories could go a number of ways and the awards are likely to be spread across many of the biggest and best films released in the past year.

When the ceremonies need invigorating and generic sequels are overrunning multiplex cinemas, a genuinely open awards season can only be a great thing for the movie industry.

The leaders in terms of nomination quantity at the Oscars 2014 are David O Russell’s conman caper American Hustle and Alfonso Cuaron’s virtuoso space thriller Gravity, each recognised in ten categories, including Best Picture. Following closely behind with nine nods is the harrowing slavery drama 12 Years a Slave, which is flying the flag for Britain courtesy of London-born director Steve McQueen.

Any of these three films could walk away with the prize for Best Picture when the statuettes are handed out at the Oscars 2014, as all three are very strong, very interesting films with good bases of support.

Crucially, they are all also very different. American Hustle is a light, comedy caper with glitz and glamour at its heart. In that sense, it couldn’t be more opposite to the gritty realism of 12 Years a Slave, which highlights suffering and is unremittingly bleak, and Gravity – a meditation on loneliness.

The other six films in the category, from Captain Phillips to Philomena are also in with a chance of scooping the top gong. This variety of nominations at the Oscars 2014 mirrors the variety of cinema in all of its forms, which is not something that the Academy Awards is known for. The fact that there is a madcap comedy and a special effects-driven sci-fi in the same field as the usual raft of historical biopics is something that can only encourage genre filmmakers to shoot for the proverbial stars.

Awards season has long been barren of anything resembling genre filmmaking. Weighty biopics (see Lincoln and The King’s Speech) and worthy dramas (see Argo and Crash) are usually the big winners, with populist hits either snubbed completely or relegated to the categories that reward technical achievement rather than general success.

With that in mind, it is refreshing this year to see a film as commercially successful as Gravity mixing with the more traditionally Oscar-friendly movies. There are very few certain winners this time around, making for a very intriguing ceremony. This could be the year that the Oscars become essential viewing again for those outside of industry commentators.

I, for one, am certainly looking forward to hearing the winners of the Oscars 2014 announced on March 2. It will be nice to go in, for once, with no idea who is going to win.

Think you know movies? Do you reckon you can predict the winners of Oscars 2014? In that case, enter our glittering competition to win a £25 ODEON Cinemas gift voucher.