This year seems to be a special one for up and coming artists making their mark in the music scene. Here are a few that you should have a listen to and look out for in the coming months!

1) Ella Eyre
Her signature vocal style has helped her score some good exposure. She first made an appearance on Rudimental’s track “Waiting All Night”, and she is due to feature on Professor Green’s new album. She narrowly missed out on winning the BRITs Critics’ Choice Award, but she is definitely one to watch this year. He debut EP “Deeper” is out now. 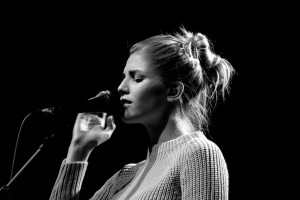 2) London Grammar
London Grammar, made up of three university friends, are a hot favourite at the moment. Previously featuring on Disclosure’s track “Help Me Lose My Mind”, they released their debut album “If You Wait” last year. Also nominated for British Breakthrough Act at the BRIT Awards this year; big things are on the horizon for them!

3) Sam Smith
The hottest new artist to grace the music scene at the moment, Sam Smith’s soulful tone is second to none. First appearing on Disclosure’s track “Latch” and then subsequently on Naughty Boy’s “La La La”, Sam is catching the eyes of many people as one to collaborate with. He won the BRIT Critics’ Choice Award this year, and is due to release his album ” In The Lonely Hour” in May 2014. Watch his new video “Money On My Mind” here.

4) Sampha
A singer-songwriter known for his collaborations with the likes of Jessie Ware, SBTRKT and Drake is heading for big things this year in terms of his solo career. His soulful vocals and yet catchy sounds are being recognised by many artists, especially Drake, who had Sampha feature on two tracks of his album “Nothing Was The Same”. Watch Sampha at BBC Radio 1′s Future Festival 2014 here.

5) BANKS
Jillian Banks, a singer-songwriter from Los Angeles came third on BBC’s Sound of 2014. She already has a huge fan base; weirdly not from social networking sites, but from giving out her phone number on Facebook. Nevertheless, her voice is soothing and she is a good listen! Listen to her song “Warm Water’ here.