Do we need more from the world of Harry Potter?

Warner Bros have announced that a new trilogy of Harry Potter films will be released over the next few years, starting in 2016.  Is this the next best thing for fans, or is JK Rowling’s $1 billion fortune not enough for her?

As a massive fan of Harry, I am very excited for the release of these three brand new films that will update the franchise.

The first of the trilogy will be based on one of the textbooks used by the wizards in the original series called ‘Fantastic Beasts and Where to Find Them’; the textbook was released in full for muggles in aid of Comic Relief in 2001.

The new trilogy is centred on the adventures of Newt Scamander, the fictional author of the beastly textbook and wizarding ‘magizoologist’.

Some would argue that fictional characters shouldn’t be immortal, and all good things must come to an end. I agree but Rowling’s wizarding world shouldn’t be on the way out just yet.

There are still loads of possibilities for Rowling’s universe, and just because the original series has ended, doesn’t mean we shouldn’t be able to delve deeper into supporting characters of the novels.

But the new films do need to be different.  There is only so many times Harry, Ron and Hermione can defeat Voldemort before we all start losing interest.

Newt is a brand new character to the screen. Rowling herself said how important it was to revamp the series if she were ever to return to it.

“I always said that I would only revisit the wizarding world if I had an idea that I was really excited about and this is it,” said Rowling.

Of course there are the cynics that think these new adventures are only being released because JK Rowling is hungry for more money.

But there is no real reason why she shouldn’t make money from the franchise. She invented Hogwarts and everything that comes with it; so she is perfectly entitled to make the most out of her genius.

Rowling provided many of us with our childhoods through her words and through her charity work she continues to make lives better. Rowling has been involved with a number of charities including Lumos, the Anne Rowling Regenerative Neurology Clinic, Gingerbread, and Volent.

Not only did she earn her money fair and square but she also gives a lot of it up to help others. So just sit back and enjoy the new adventures from the world of Potter. 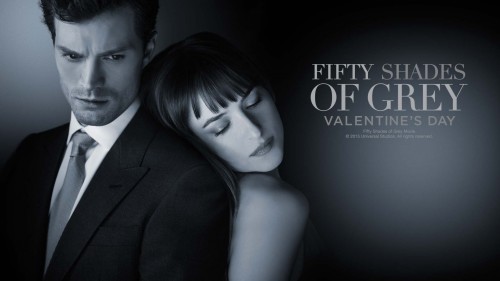 Follow film's biggest night live as the Bournemouth Rock brings you all the news from Oscars 2015.

Dorset writer fundraises for her next book

A Dorset mother is looking to release the third instalment in her children’s book series, partially funded by a Kickstarter campaign.