When in need, don’t count on China 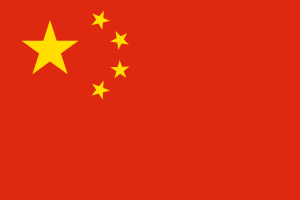 China needs to work on its generosity. ©WIKIPEDIA

Typhoon Haiyan claimed over 5,000 lives, with that number rising daily. It annihilated homes, left millions without the basics of life, and yet the eastern giant found itself unable to do anything more than send £62,000 to the needy nation. It took almost a week of international outrage for China to finally send anything more.

When disaster strikes, no matter where, and it effects such a large number of innocent civilians, every effort should be made to help and to aid. In the case of Typhoon Haiyan, it is fair to say that the support from the British public has reflected this idea, with millions being sent in aid to the beleaguered nation. Around Campus at BU, more than £600 has been raised in under a week; an impressive effort for apparently cash-strapped students.

It is a shame that the international support for the people of the Philippines has had a shadow cast over it by the stingy efforts of China, but it is not surprising. China has its disputes with the island nation, and given its past record, it is not surprising that they stoop so low as to send insultingly small amounts of aid. Now is probably a poignant time to point out that IKEA has actually sent more.

I wonder how the Communist party, with their rather loose definition of the Marxist ideology they represent, reacted when they found out a Swedish furniture firm had done more to help than they had?

The pathetic effort of the Chinese Authorities to help the Philippines has put a huge smear on their international reputation. As if poor workers rights, child labour and aggression towards the Japanese was not enough, China has shown the world this week, that its government cares more about the profit margin than it does about its neighbours.