Scene of Crime Officers (SOCOs), or Crime Scene Investigators (CSIs) as they are more commonly known, play an important role in the solving of crimes varying from burglary to murder. 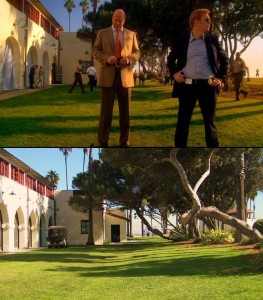 Horatio, from popular TV series CSI Miami, has a look around © Tony Hoffarth via Flickr

However, their roles have been glorified and glamorized in many popular crime drama television series. Becoming a CSI is a noble ambition, but if your ambition is driven by expectations of having a career similar to fictional characters depicted in television shows you may be more than a little disappointed when faced with your job.

The major myth perpetuated by television is the role of the CSI. In the real world, CSIs are trained to recover evidence from many types of crime scenes, in various types of weather conditions and locations. The roles of CSIs include securing and protecting the crime scene to ensure valuable evidence is not lost or destroyed, recording the scene through sketches, photography and videography, packaging and sending relevant samples for analysis and writing statements detailing the evidence gathered. Contrastingly, the CSIs depicted on television are jacks of all trades. They are often involved in processing the crime scene (improperly dressed I must add), doing chemical enhancement of evidence gathered and even interrogating suspects!

Nothing is further from reality. In law enforcement practices the job roles are usually separate and specialised. After a CSI has finished packaging his evidence, he/she sends it to the laboratory if that is seen as necessary. Depending on the type of evidence gathered, the relevant forensic scientist would do the examination. Experts are available in a wide range of fields, such as, firearms, tool marks, trace evidence, toxicology and entomology. Unlike CSIs, the forensic scientists spend most of their time in the laboratories. Only on rare occasions will a forensic scientist visit a crime scene. Another difference between the two job roles is a Forensic Scientist may have a degree or even a Ph. D unlike most CSIs.

If you are not science oriented and would like to be a CSI and decide to do a Forensic Science degree, you may find it very tough since Forensic Science programmes are usually inclined heavily on science. Units studied may include Toxicology, Chemistry, Archaeology, Biochemistry, Genetics and Forensic Science. However, the good news is not all police forces require a degree to employ you as a CSI and you are trained on the job.

Whichever path you decide to embark on, studying a degree or not- do not expect a job as entertaining, glamorous and drama filled as Hollywood portrays!