It’s all smiles for Eddie Howe and his men as Bournemouth stole all three points over Chelsea in a game that saw Cherries on top at the home of the reigning Premier League champions.

Coming off the back of the epic 3-3 draw with Everton last week, Bournemouth took their enthusiasm and concrete set-up to the Bridge as they were dominant in the first 15, playing the home side off the park.

Chelsea had Thibaut Courtois back in between the sticks, and it looked like it had come at the right time as Junior Stanislas and Joshua King tested him early on, but it sure seemed like he hadn’t been absent with the saves he made.

At the 20 minute mark Chelsea eased themselves back in the game with Willian looking to be their danger man. With Bournemouth hosting the joint-worst tally of goals conceded, it looked worrying with Chelsea’s patient build-up play that luckily for them, only saw one shot rifled over the bar by Pedro.

The game quickly immersed itself into an end-to-end drama with good chances falling to Hazard and then shortly after to King who almost left Matic red-faced after pouncing on the midfielder’s error.

As half-time approached, the style of play stayed similar, but the headlines were already writing themselves. ‘Return of the Keeper’ looked to be slapped on every back page as Boruc, in for the injured Adam Federici was matching Courtois in keeping his side in it.

Level at the break, Bournemouth looked the better, more energised side. 0-0.

Chelsea seemed to be crying out for a goal-scorer on the field to take the chances falling to the wide-men. Unhappy to be left out for their last two games, Diego Costa finally warmed up and replaced Oscar at the start of the second half injecting fear into Bournemouth’s centre-halves.

Bournemouth continued to press, as did the travelling supporters with “We’ve got the special one!” ringing round Stamford Bridge with Howe’s men putting in a shift worthy of the chants.

The game was soon turned on its head in the 53rd minute though, with Willian’s trickery paying off down the right, sending in a wonderful ball to Ivanovic at the far post whose header was put over from just three yards out.

Ten tiresome minutes later for Bournemouth saw Chelsea have a penalty claim flagged away as Francis appeared to have handled a Chelsea cross. No penalty given as Bournemouth used this as a catalyst to re-shape and focus.

Looking to counter Mourinho’s men, Bournemouth were caught as a ferocious cross from Ivanovic evaded Costa at the far post which would have been Chelsea’s best chance to take the lead.

Holding on to dear life, Bournemouth were forced to make a change on 79 minutes as Glenn Murray came on for the cramped Josh King.

It didn’t take long, and the scripts were ripped up. Only 99 seconds of being on the pitch and Bournemouth took a surprise late lead off the back of a poorly defended corner. Courtois failed to clear before Cook put the ball back into the box with Murray heading the ball home and Cherries’ fans into heaven. You can’t say it wasn’t coming, unbelievable scenes at the Bridge.

The remaining ten minutes saw nothing more than a desperate push for a Chelsea equaliser, when nearer, was a Bournemouth second through Ritchie and then Gosling going close on the counter.

The whistle went, and the brilliant Bournemouth’s graft and hard-work proved the difference in this dramatic tie at the Bridge. Leapfrogging Sunderland and escaping the relegation zone, you can hardly argue that Eddie Howe is indeed ‘the special one.’ 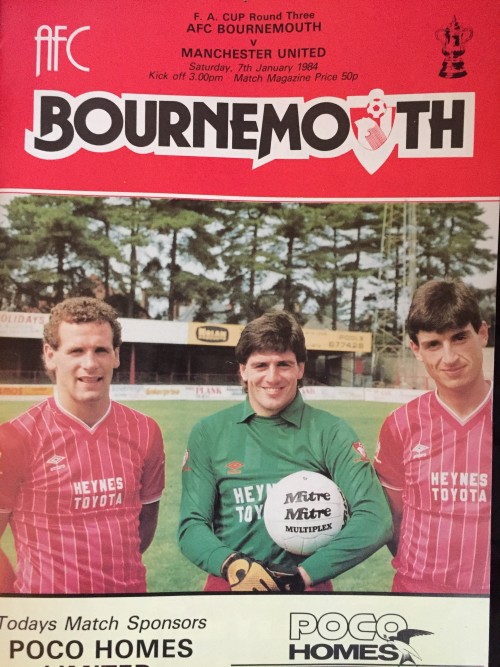