No makeup selfies raise over £2m for charity

The #nomakeupselfie is still going strong after raising more than £2m over the weekend for Cancer Research UK. 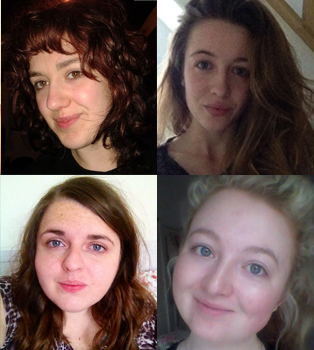 The selfies, which started trending last Tuesday, involve women posting a picture of themselves without makeup to social networking sites such as Twitter and Facebook, whilst urging friends to do the same and donating £3 by texting Beat to 70099.

The trend, which was not started by Cancer Research UK themselves, has raised a significant amount of money for the charity.

Carolan Davidge, Director of Communications at Cancer Research UK said: “Thanks to people choosing to donate to us as part of the #nomakeupselfietrend, we’ve been overwhelmed with the donations and support in the past 24 hours.

“The no makeup selfie is still going strong, and with the trend not being something Cancer Research UK started, it’s been fantastic to see so many people getting involved and wanting to use their selfie to raise money for our life-saving research.”

Female students at Bournemouth University have also been posting their naked faces onto social media.

Anna Hayward, 19, a BU student said: “I think the selfie craze has really raised awareness of the great work cancer research does, I think every girl should take a selfie.

“Many of my guy friends have also gotten involved by putting on loads of make-up and taking a picture, putting aside their ego and reputation, which I think is great.”

The trend has snowballed and made a huge impact on social media, getting the attention of national newspapers, radio and TV news.

Celebrities have also jumped on the bandwagon in aid of raising awareness and donating to the charity.

Beauty queen Amy Willerton, Coronation Street star Michelle Keegan and ex-pop star Kym Marsh have all contributed to the cause via the internet.

Yet the trend has been met with controversy as some commentators feel that the campaign is more about self-gratification.

Student Prisicilla Ng’ethe said: “Despite the negative commentators, it’s for a good cause, as it has raised a lot of money within days.”