So Long, See You Tomorrow is the fourth album from indie rock band Bombay Bicycle Club, and has like all of the albums before taken a different approach to the music being played.

The bands started off by fitting in playing music, around studying for their GCSE’s and have struggled to find a sound that fitted them. Each album has had a different basis from indie rock, to folk and now with So Long heading down a more electronic-pop route. 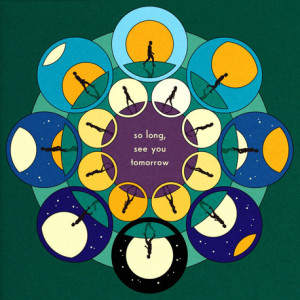 One thing that has stayed unchanged is lead singer, Jack Steadman’s trademark shaking voice; he has also brought a selection of new sounds to the album following his world travels. The album starts with Overdone, which involves a crescendo of strings, drums and wind that erupts into an oriental themed collection of delight.

The sound of his globe trotting experience is then carried on through Feel, in which Bollywood style samples are played throughout the track.

Whereas Eyes Off You, takes a slowed down western feel and features a grand piano and harmonising duet.

Carry Me takes on the euphoric electronic vibe and baseline thump, which could see the song being played in clubs around the country. Whilst Home By Now boasts modern R&B rhythms, a different track entirely.

This fourth album has again changed the musical preference of the band; even within the album there are an array of different sounds. Although this unusual mix of music, does make for an interesting and somewhat surprising album.