Living amongst the dead

Palestine is one of the most war-torn places on earth, with vicious religious conflict raging there for decades, claiming the lives of millions. Julia Denni visited the area this summer and saw the effect of violence on the region 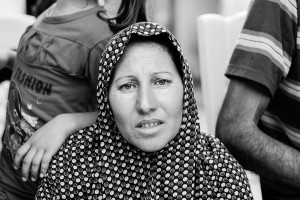 In Gaza, pictures of the unbearable suffering can tell a thousand words © Julia Denni 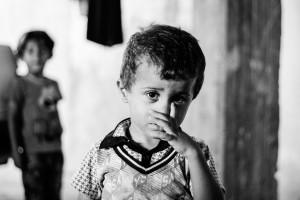 In Gaza, pictures of the unbearable suffering can tell a thousand words © Julia Denni

In July, I took part in a convoy of media workers and activists to the Gaza Strip, aiming to restore balance in the way the Israeli-Palestinian conflict is reported in the mainstream media by producing content from the Strip itself. This was my first encounter with a conflict that I had heard of my entire life without really understanding its extent or the day-to-day impact for Palestinian people. This experience was a real eye-opener for me, shaking all of the misconceptions I had about the conflict.

I visited a number of families during my short stay there, but there is one place that I will always remember. In the afternoon of the first day of Ramadan, the convoy travelled to two cemeteries which struck me by their contrast.

The Gaza War Cemetery was clean and perfectly maintained as a place of heaven in a war-torn city. Financed by European countries, it honours the Palestinians who fought during the first and second world wars. The perfectly aligned rectangular grave stones looked similar to the ones you can find in the war cemeteries of Normandy, in the North East of France, carrying the same feeling of peace and respect for those who fell in combat.

We then visited a second location, the Almaamadani Muslim cemetery. This time, there was no tree-lined avenue, no gate and no green grass. The rubbish replaced the flowers and the putrefying smell of the piles of trash was overwhelming.

Some of the poorest families in Gaza settled in this place after they were displaced from their homes during the Nakba in 1948.

They share things resembling houses with up to 20 members of their families as well as animals including horses, sheep, goats, chicken and ducks, living in terrible conditions.

On the ground outside one of the homes lay a children’s book from the The United Nations Relief and Works Agency for Palestine Refugees in the Near East. On the walls by the staircase of another house, the Arabic alphabet was written beside the English alphabet. Children here don’t have much access to education apart from that which is provided by the UN.

Struck by the living of conditions of these people, I felt a compelling need to come back to the cemetery and hear more of their stories.

It didn’t take long before the children noticed our presence. Emerging from behind the graves, they formed circles around us, turning our visit into an event. We were soon surrounded and our only escape was to enter people’s homes. Four families invited us into their homes that day.

In the first one, the mother, Ra’eessa Mahmoud Ahmed Al-Aarbil, 52, refused to be photographed, so we listened to her story. More than 20 members of her family shared the same roof, where four children had perished due to water leaks and the harsh conditions of living in such a place. When we visited, one of her daughter-in-laws was recovering from a ceasarian-section in a room above what could be called a stable shared by horses, sheep and chicken.

Palestine is one of the most war-torn places on earth, with vicious religious conflict raging there for decades, claiming the lives of millions. Julia Denni visited the area this summer and saw the effect of violence on the region baby was just four days old and she was concerned for his future. All of her sons were unemployed and one of them had cancer. He was only 24. The only source of income for the family came from transportation they provided with their horses. She wore her pain on her face and had barely any hope. This house was by far the worse we visited that day.

Her family, just as the others, was displaced during the Nakba, and fled to the Gaza Strip. When they arrived, the only place where they could afford to live was the cemetery. When we asked her how the people of Gaza City treated them, she replied that people outside consider the people living in the cemetery as dead. Living amongst the dead.

We then visited the house of Amena, an arched 80 year-old woman.

Their house was made of several rooms built around a concrete courtyard. We gathered in the middle. Three members of the family suffered from life-threatening diseases, including HIV.

A third family welcomed us into their home and we sat down with father, mother, grandparents and children in a courtyard shadowed by a grapevine.

The grandfather, 85 year-old Hassan Mohammed Abu Asser, who only had one eye, was wearing a typical white ghutra and moved around with a walking stick. He grabbed my attention during my last visit, when he was sitting on a grave as we walked out of the cemetery. He had an aura that you couldn’t miss.

Father of the family, Abu Fathi, told us how he had been tortured by the Israel Defense Forces during the Second Intifada. The scars on the back of his head were the only remaining evidence of his ordeal. This treatment left him with severe mental health issues, including schizophrenia and depression. He displayed the medication he has to take on the floor in front of us. All of the time, his wife and children surrounded him.

we visited, we were distracted by posters of a young man plastered across the forecourt.

Curious, we asked what it was all about and who he was, only to find out that it was their 22-year-old son who had died only a couple of weeks earlier in an explosion caused by a gas leak in the tunnel he was working in.

Usually able to hold my emotions when reporting on even the most tragic stories, I felt visibly shaken. I am the same age as their son was and it suddenly put everything into perspective. I am unbelievably lucky to be born in a democracy, lucky to live in a peaceful country, lucky to have a family and lucky to be free.

Working in the tunnels is one of the only options the Gazan youth has when facing high unemployment and hard living conditions due to the restrictions imposed by Israel and the war.

The father owns a taxi, but the vehicle had not moved in weeks because of the rise of petrol costs due to the riots taking place in Egypt at the time of my visit. So it stays parked in the forecourt until things get better – if they do.

These stories are those of people who have been denied their rights for more than 65 years, a sinister anniversary for people longing for their land.