What is it like for a Malaysian woman to study in England?

Sangita Sivanesan is a second year student at Bournemouth University. She studies Marketing and Communications and has moved here from Malaysia to finish her degree. I spoke to her about what it is like to study in England and the differences for women both there and here. 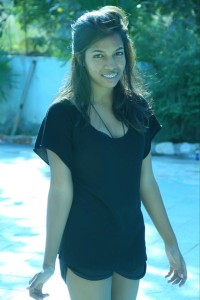 Where do you live in Malaysia? Is it a small town or city?
I live in Kuala Lumpur, which is the capital city of Malaysia. It is definitely the most modern and there is a significant difference in culture between Kuala Lumpur and other cities in Malaysia. In my opinion, tourism plays a big part in this divide. Being a tourist attraction, Kuala Lumpur sees people from all over the world. If you take a walk down the town centre at any given time of the year, you would meet people from all parts of the world. I think that over the years, other cultures have seeped into the culture of Kuala Lumpur and that is why Kuala Lumpur is different. With this divide comes a different frame of mind too. Although a reasonably small country, the way the people think and act across Malaysia vary tremendously.

Were you shocked by what girls wear and act like when you left there and came here?
Growing up, my parents exposed us to many cultures and ways of livings. I got many opportunities to travel and meet people from all over the world and that definitely shaped me and the way I think. Therefore, I was pretty accustomed to the culture and wasn’t shocked. However, I found many circumstances where my peers in school didn’t see eye-to-eye on acceptable behaviour for girls.

What are the main differences in women’s roles and how women act between here and Malaysia?
In my opinion, people here are generally more open-minded and vocal about their feelings. There’s more communication between people here and there’s less left for assumptions. People here are far more individualistic and accepting others for their individualism. In Malaysia, this is seeping through but at a very slow pace.

What are women expected to wear?
Malaysia is a multi-racial country. However, the majority of the population consists of Muslims. Therefore, it is governed partly under the Sharia Law, which is pretty similar to the laws of pure Muslim countries. Under that law, women are pretty much required to cover their whole body. This law isn’t enforced openly and other races aren’t required to abide to it. However, girls in short or tight clothes will definitely draw loads of attention and be made to feel uncomfortable.

What do men think of and how do they treat women?
Being a very traditional country, men generally respect and protect women.

Is there a certain marriage role?
In most parts of Malaysia, women are still expected to carry out traditional roles, such as staying at home, cooking, and looking after the children. However, in the city of Kuala Lumpur, that way of life has changed rapidly. Women have become very career driven and men have accepted these changes. This is an extremely noticeable and concentrated trend to Kuala Lumpur. Students from all coasts of Malaysia travel to get educated in Kuala Lumpur for this reason. Parents also no longer groom their children to fit these roles and have started to allow their children to blossom into the individuals that they are.

Are there job restrictions?
As far as I know, there are no law binding job restrictions for a certain sex. However, some job sectors were mostly populated by certain gender. For example, before coming to the UK, I had never seen female bus or lorry drivers.

Is there a hierarchy between men and women?
In the city of Kuala Lumpur, equality between the sexes has been rising over the years. However, this is not the case in most other parts. Men are thought to be mentally stronger and stable, whilst women, emotional.

What are parents like towards women?
In Malaysia, the way girls and boys are brought up are very different. The majority of girls are brought up to be homely and groomed to carry out traditional women roles in the future. This culture however, has changed in modern cities like Kuala Lumpur. Parents definitely keep a closer track on their female children and are much more lenient with the males.