The discussion was sparked when a senior health official suggested that a decrease in the age would help to solve the problem of teenage pregnancy and allow easier access to contraception. This shows a remarkable naivety on the behalf of people who are supposed to be experts. 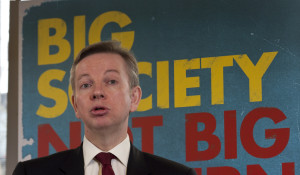 It is already blindingly easy to access free contraception at the age of 15, but the NHS does not want the entire teenage population of Britain to get pregnant and so is more than willing to shell out a handful of condoms to avoid it. This health official’s advice conjures up images of libidinous youngsters being turned away from sexual health clinics as if that will incite abstinence. It actually just facilitates recklessness.

In fact, the only thing that will help the teenage pregnancy programme is free and open dialogue. The verbal frigidity of the British people as far as sex is concerned is frankly remarkable and ensures that virtually every child receives their first sex education via whispered rumours in the playground.

Before they are told anything factual, their minds are filled with misinformation, bravado and ludicrously hardcore pornography on iPhones.

The solution is simply to talk. This generation needs to take the plunge and realise that teenagers do want to know about sex and that they should not be pushed away from it. It is difficult to wrap teens in cotton wool when they are already magnetically attached at the genitals.

Until we break our very British stigma and can say the words penis and vagina without an uncontrollable laughing fit, we are sending kids out – at risk of being vulgar here – with the correct tools for the job, but without the knowledge of how to use them safely and appropriately.

Sex education in schools and homes has to get better and start younger. I am not suggesting that we teach small children about the mechanics of sex, but there is no reason that they cannot be taught about the nature of relationships from a very early age as part of the Personal, Social, Health & Citizenship Education (PSHCE) curriculum.

It seems like just about the only thing Michael Gove will not reform.