It’s not often you hear the words ‘murder’, ‘forensics’, ‘Rudolph’, and ‘fun’ used together, but this was a unique experience for three hundred students.

‘Twas the night before Christmas and poor Rudolph was dead.
Was it a knife to the back? Or a blow to the head?
Who committed this crime? Who should we fear?
Who is responsible for Rudolph the dead nosed reindeer?’ 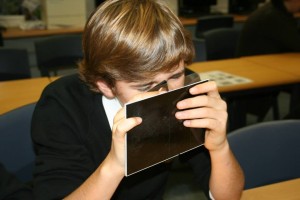 A student meticulously analyzing a fingerprint found at the crime scene © BU on Tour via Facebook (Not to be reproduced).

These grim lines were the conclusion of a short drama which began two packed but fun-filled days for 300 year nine students from schools across Dorset and London. These students were privileged to attend this collaborative effort between Royal Veterinary College (RVC), London and Bournemouth University (BU) held at Kingston Maurward and The Royal Veterinary Colleges.

Over two days, December 16th and 17th, the task was simple: each student needed to determine, with good reason, who was responsible for the dastardly treatment meted out to Rudolph. The main suspects were the Grinch, Mr. Claus, Mrs. Claus, the Head Elf, Dasher and Dancer. But how were the students expected to unravel this mystery? 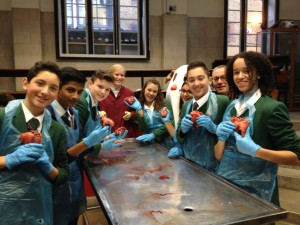 During the course of the event, each student attended five workshops. Namely; Stomach Contents Analysis, Trace Evidence: Fingerprints, Hairs and Fibres, DNA Extraction, Animal Autopsy and Interrogation. The results of the experiments in each workshop gave subtle clues which pointed to the perpetrator of the crime. It was the difficult task of each student to collate the myriad of information received and come to a conclusion.

Prizes were on offer to keep the students focused on the task at hand! 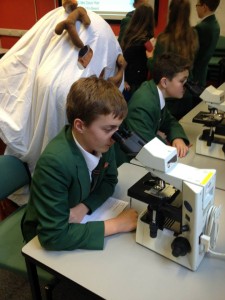 Based on the feedback of the students, it would seem as if this goal was met during this Forensic Science event!

Incidentally, who do you think killed Rudolph?