In issue 16, The Rock covered the build up to the November 14 Winton East by-election, won by Conservative candidate Pat Oakley, who gained more than double the votes of second place candidate Mike Goff (Labour). The election had a voter turnout of just 15.44%. 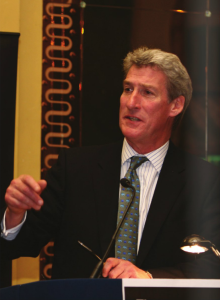 This is 10% lower than it has been for at least a decade. A large part of this distressing statistic was down to the fact that 40% of possible voters in the Winton East ward are aged between 18 and 25. The majority of those are most likely university students from other parts of the country who did not register to vote. This, though, does not explain it all. Britain is choosing not to vote.

Russell Brand is one of the biggest names to denounce the democratic act of voting - also highlighted in issue 16 with ‘Armchair anarchist‘ - and even the political powerhouse that is Jeremy Paxman has admitted not voting. These two though have simply become a face for a national mood - which has been years in the making.

Prior to the May 2013 local elections, as well as this by-election, whenever I would ask someone if they were going to vote, a significant majority would say no because no matter who they voted for, nothing would change for the average man and woman on the street. This view is shared not just by young voters like me. Even older family members would recite the same comment.

The most irritating part of hearing this absurd excuse is that it implies that either you are willing to accept the status quo, or you think, as Brand did, that by not voting change will occur in response. It will not.

The crux of the issue is if you vote for certain parties, then yes, the situation for the average Joe will never change, though there are alternatives. If you vote for someone other than the Tories, Labour or Lib Dems, despite popular opinion, you are not wasting your vote.

If every person who said choosing Ukip, Green or Independent - to name a few - is the equivalent of casting your ballot in the bin stopped complaining about the pointlessness of voting, and did something about it, we would probably see fewer shades of red, yellow and blue in Parliament, and maybe some genuine changes!

Of course this doesn’t count for the possibility of these parties doing a ‘Lib Dem’.

2. v. To sell out one’s values at the slightest sniff of power

In which case, you would be back to the root of the problem.