The poll highlighted the women in politics from around the world who have had, or are still having a significant influence in their country and the wider world. 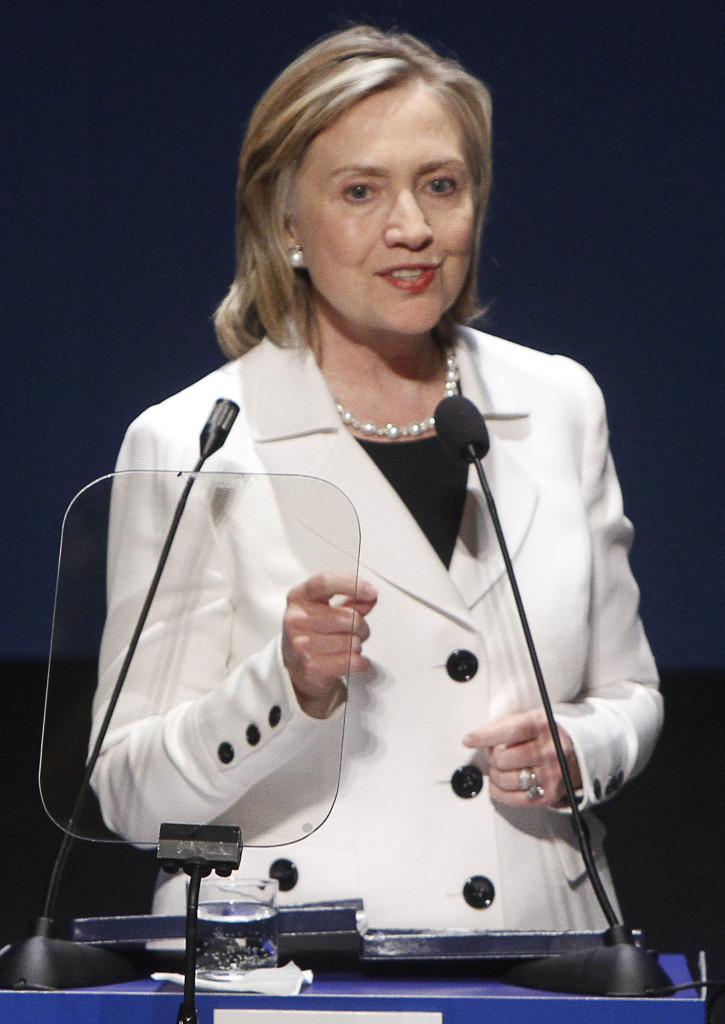 Clinton: The Rock’s most influential political woman of 2013 © PA

Now the votes are in and former US Secretary of State Clinton has won the title.

Clinton received 40% of the votes after being one of the world’s most well-known women for speaking out on female empowerment.

“I voted for Hilary because she is courageous for standing alongside Obama in the US elections.
“It would have been great if she could have become the first female president of the USA,” said Business student Katariina Hakkarainen.

Women face daily struggles to get their voices heard in politics. Britain is currently ranked 58th in the Inter-Parliamentary Union statistics which compares the number of women sitting in parliaments in 188 different countries. Women are not well represented in British politics as they make up only 22% of the seats in the House of Commons, taking up only 146 of the 750 positions.

The UK is lower on these representation statistics than many developing nations.

1st place- Hillary Clinton
Hillary has involved herself in almost every political position possible in the US. She started out as First Lady when Bill Clinton was in elected into office from 1993 to 2001. Her biggest political campaign was when she was running against Obama in the 2008 presidential elections, where, if she had won, she would have become the first female U.S. president.

2nd place- Angela Merkel
The German chancellor and former research scientist has been chosen as one of the most influential women in politics as head of government of one of the leading EU nations, with 29% of the vote.

3rd place- Aung San Suu Kyi
The opposition leader in Burma – who got 22% of the vote – has campaigned for democracy and freedom from military control since the 1990s, and was awarded the Nobel Peace Prize for her inspiring work in campaigning for democracy in Burma.

4th place- Christine Largarde
Also with 4% of the online vote, Christine Lagarde is a French lawyer and is most famous for being managing director of the International Monetary Fund since 2011.
Although not as well-known as the other candidates, she has held many ministerial posts in the French government.