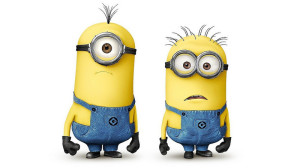 Pharrell William’s idea for the 24 hour long video for the song ‘Happy’, from the ‘Despicable Me 2′ soundtrack, bravely ventures where no artist has dared to go before.

I can’t imagine that light bulb moment when Pharrell thought ‘let’s do a 24 hour music video’, as it would never really cross your mind. Seven minute music videos i.e. in the case of Justin Timberlakes’ ‘Mirrors’ and ‘TKO’, thirty minutes, a push but it has been done in Kanye West’s ‘Runaway’. But 24 hours? That’s a whole day!

However, saying that, it is truly a joy to watch; whether it’s how much you can physically endure, or how much you choose to, it’s refreshing nonetheless.

Obviously going into an immense amount of detail about the video would be silly, but I picked out certain parts out of it that were really entertaining and great to watch.

The concept of the video is fairly straightforward. It simply shows different people being extremely happy, dancing and grooving, whatever the environment. For example you see a fire fighter showing us a few subtle moves, a guy on some massive stilts, someone in a chicken outfit as well as some kids showing some serious talent. There are so many characters within this, it’s hard to get tired of watching (even the startled onlookers are quite funny).

There are some celebrity cameos in this as well; loveable favourites such as Steve Carrell, Miranda Cosgrove, Jaime Foxx, Jimmy Kimmell, Magic Johnson, Kelly Osbourne and even The Minions themselves.

You may think that having the song played on a constant loop would eventually get annoying. I can’t speak for the whole 24 hours, but out of the couple of  hours or so it didn’t at all; as a matter of fact it’s very infectious. It has that ‘feel good’ element to it, that doesn’t allow it to get boring; just makes you want to get up and shake what your mum gave you.

There is a shorter version, which is about 5 minutes long, which you can watch here. Or the longer version to watch at your heart’s content here which is interactive, letting you scroll to certain times of the day. Have a look, it’s great fun.