Adam Sandler has lost his touch in Grown Ups 2. 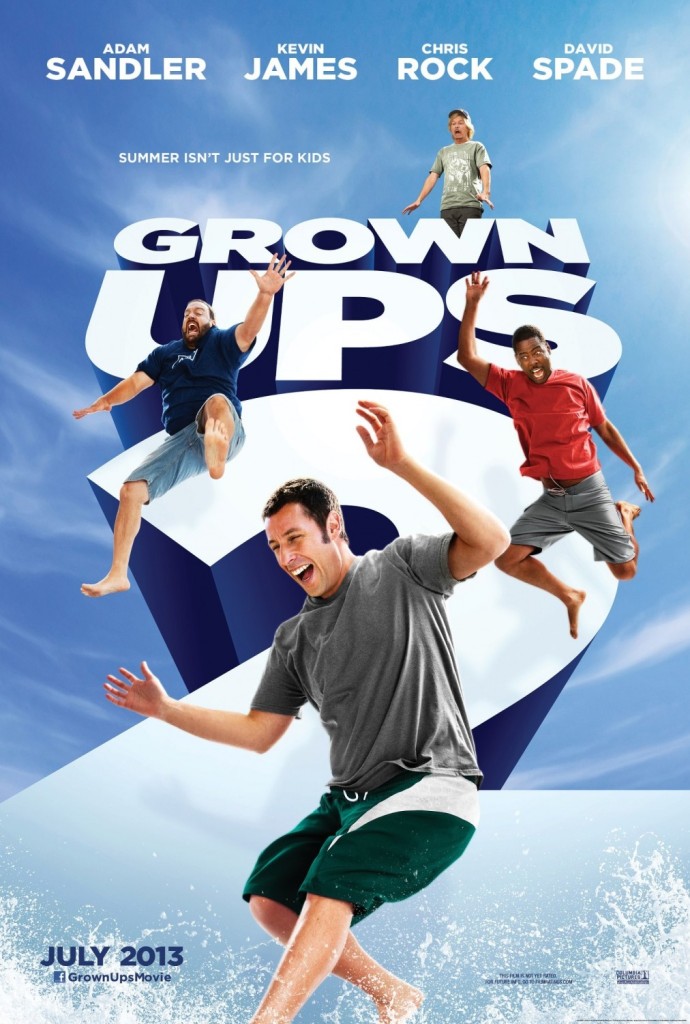 Lenny (Adam Sandler) and his family are back in the suburbs where he grew up with his friends: Eric (Kevin James), Kurt (Chris Rock) and Marcus (Kevin Spade). They all have to face old and new bullies in the neighbourhood, with supporting roles of Taylor Lautner, Andy Samberg, Salma Kayek, Steve Buscemi and Maya Rudolph.

Grown Ups 2 can see the audience being confused into thinking they are watching You’ve Been Framed or Big Brother. Grown Ups 2 has no plot; no wonder it is getting bad reviews. Even though Grown Ups (2010) got bad reviews, it was still better than its sequel.

The humour is over the top that it is not even funny anymore. The cast probably had more fun making it then we did watching it. The opening and ending of the film are the worst parts of it all. The urinating deer is the bizarre and unfunny opening and Salma Hayek being farted on is the stinker of an end.

Sadly, Adam Sandler has lost his touch since 50 First Dates (2004). Grown Ups 2 is the film that you would see, just so you can say ‘what the hell were they thinking’.