Fools on tour: The Apprentice Week 5

This week’s episode of The Apprentice may not have met the same triple firing standards of last week but delivered in tension, touring and nursery rhymes.

On Wednesday’s episode the candidates were told to produce a profitable coach tour selling merchandise, food and tickets to bring in a healthy profit.

With Daniel charging a hefty £99.50 for a ticket to tour the castles of Oxford, his ‘English experience’ was a general success but his leadership frustrated sub-team manager Mark who labelled his PM ‘destructive Dan’ after not selling all 20 tickets and producing a disappointingly budget lunch for the customers.

However the biggest mistake of the task came from Sanjay who decided to charge customers £60 for their tour, losing out massively on the high profit margins gained by his opposing team.

It’s fair to say that team Summit’s tour was shoddy, even embarrassing at some points. With James once again taking up the role of ‘bull in a China shop’, his Jack the lad jolliness was an awkward way to go as even after promising customers a sophisticated tour he continued to play dress-up with Sanjay and sing ‘The Wheels on the Bus’ on the long journey to Kent.

In the board room team Tenacity came out on top with a profit of over £1,000 compared to Sanjay’s £813. Yet even with the win, team Tenacity no doubt face trouble in the future with the growing tension between Daniel and the rest of the team, namely Mark and Pamela.

When the time came for Sanjay to name who he was bringing back to face Lord Sugar’s wrath he chose Bianca blaming her for the pricing strategy and Jemma for her lack of contribution.

Faces across both sides of the desk looked on with horror as Sanjay chose to save the bullish James. Even without being brought back in James was told to ‘clean your act up and stop being a clown’ by Lord Sugar who seems to see through his Del boy-like strategy.

In the end Jemma paid for the mistakes of team Summit after her poor tour of the sites due to her total reliance on the notes, compared to Tenacity’s word perfect Lauren and for a general lack of effort.

The fifth candidate to leave the boardroom, Jemma may have unnecessarily paid for Sanjay and Bianca’s poor pricing strategy but Lord Sugar saw more potential in the two other candidates.

Next week the candidates have to come up with a brand new board game but could team Summit suffer yet another loss as Bianca and James seem to come to major loggerheads in the next episode.

Pictures courtesy of the BBC.

J. Wilgoose Esq and Wrigglesworth look like your average hipsters- but they’re not. They created a new genre of music, combining public information recordings with dance rhythms; they have created something that needs to be heard to be believed.

I too enjoyed being able to see the naïve general public making fools of themselves for the world to see. That was until the barrage of z-list celebrities tumbled through the Big Brother doors, filled with enthusiasm and wasted brain cells. 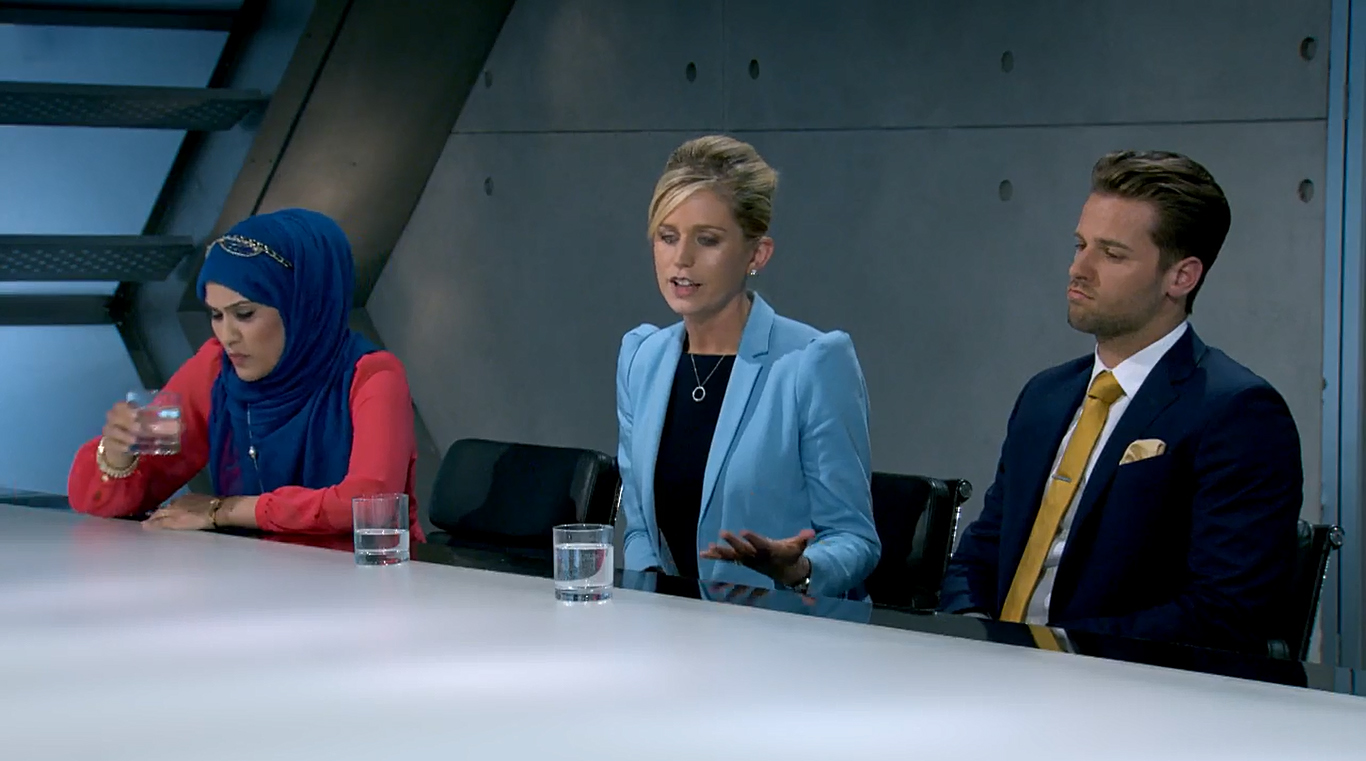 A fragrant fiasco: The Apprentice Week 2

Week two of The Apprentice 2014 saw the candidates flogging fragrances to retailers and the public, leading to another dramatic double firing.