A former Bournemouth University student is jetting off to Hungary in December for the first phase of principal photography on his short sci-fi film Exitium. 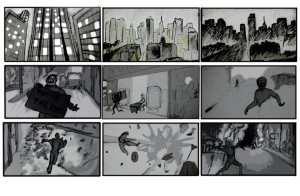 He has been raising money from private investors for the ambitious and exciting £20,000 film that he aims to release during the summer of 2014.

The rest of the film’s budget is to come from crowd-funding campaigns that will be launched in the coming months to raise money from members of the public who are interested in helping with the film’s progress.

He has divided filming into three distinct stages, with the first taking him to abandoned, decrepit buildings on the outskirts of Hungarian capital Budapest from December 4.

The team then move on to Slovakia and Slovenia to complete the first part of the filming schedule. Later stages take in everywhere from London to the more far-flung Warsaw, Berlin and New York.

“We are all very excited about the project and cannot wait till the shooting starts,” said Rai.

“We have been working really hard for the past few months and soon we can start seeing the output.”

The film’s title, Exitium, is derived from the Latin word for destruction. The story will follow the life of a psychopath in a post-apocalyptic world where the normal rules of a civilised society no longer apply.

Rai compares the society in which his film is set to the dystopia featured in the 2007 Will Smith movie I Am Legend.

It aims to deal with the duality of human nature, blurred lines between right and wrong and the frailty of the imposed infrastructures and moral codes that humanity lives by on a daily basis. Without all of those structures in place, society as we know it cannot continue, and Exitium depicts that.

The former student has assembled a team of specialists to work on Exitium, including visual effects consultant Ankit Vajpayee.

Vajpayee has worked on huge television programmes like Misfits for E4 and produced a series of television adverts for this summer’s animated smash hit movie sequel Despicable Me 2.

He feels that this strong support group of professionals can help him to produce something ambitious and amazing.

“I am very lucky to have the investors to have shown faith in me and I feel privileged to have the chance to work with such a team of talented individuals.

“Directing for the first time can be really intimidating task but with the support of the team and advice from a panel of industry experts, I am sure I will be able to deliver.”

Exitium’s estimated release date is August 1, 2021 and you can keep up to date with the progress of the movie by following @ExitiumFilm on Twitter.