Leaving Europe and the environment

What implications will coming out of Europe have on environment laws in Britain? 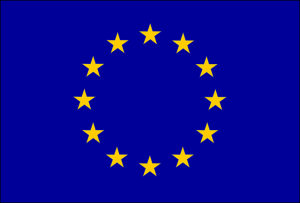 I’ve gone a little bit serious this week, and have decided to discuss the referendum, which David Cameron announced on the January 1 2013, as to whether the UK should be in or out of the European Union. The decision would of course have serious side effects, and I wanted to have a look at what European Law provides for the protection of the environment.

I recently spoke to John Buckley, Amphibian Conservation Officer at the Amphibian and Reptile Conservation Trust (ARC), who told me that one string of European law protects endangered species (the natterjack toad in case of amphibians) and said that what concerned him was, “the people who are saying, ‘Oh, let’s get out of Europe’ don’t realise that Common Agricultural Policy is instrumental in enabling nature conservation to take place.”

The EU has a network in place called ‘Natura 2000‘, which they say is the “centrepiece of EU nature and biodiversity policy.” It applies to bird, habitat and marine sites, and the overall aim of the network is to conserve and protect the “most valuable and threatened species and habitats”. The law also allows organisations, like the ARC to work alongside landowners, or ‘community obligation’ as the EU labels it, and give them advice on how to conserve protected species on their land.

In December 2012, the European Commission invested around 1.2 billion euros to renewable energy demonstration projects. There are 23 projects in total, including bioenergy, solar, geothermal and wind power. This investment should hopefully improve the annual production of energy provided by renewable energy sources.

Also in December, the European Union proposed an Environmental Action Programme, under the name of “Living well, within the limits of our planet.” This will lead environmental policy until 2020 and some key features of the programme include; more resource efficiency (such as renewable energy), shift to a low-carbon economy, and environmental causes of disease. Environment Commissioner, Janez Potočnik, added that the action programme “sets out the path for Europe to become a place where people live in a safe and healthy natural environment, where economic progress is based on a sustainable, green economy.”

Action is also being taken on how Europe manages our water. The European Innovation Partnership on Water, again headed by Environment Commissioner, Janez Potočnik, aims to “Identify, test, scale up, disseminate and deploy innovative solutions for 10 major water related challenges”, by 2020. There are five main priority areas of the action plan; water reuse/recycling, water and wastewater treatment, water and energy, risk management of water related extreme events and ecosystem services. 40 million euros will be available this year to support projects relating to the partnership.

There are many more aspects of the environment that the European Commission are working on and developing, which comes with many benefits to our country. It is not something commonly discussed, but there are always hidden pros and cons.