Eaten Alive: A Puzzle for Law Enforcers and Policy Makers To Unravel 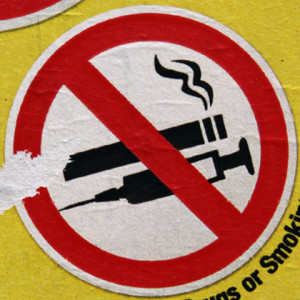 Injecting this drug may be thought of as introducing miniature crocodiles into one’s anatomy.

This is why the drug is called, ‘krokodil’ or ‘crocodile’. When taken, the user’s skin becomes scaly and green, like a crocodile’s, because blood vessels rupture and soft tissues in close proximity die. Rotting sets in quite quickly, leaving the addict with horrible, distinctive scars. It is often possible to identify a krokodil addict by their scars. It would be of interest to note the constituent chemicals of this drug which has such frightful effects.

The primary chemical compound found in krokodil is the opioid, desomorphine. This is synthesized from ingredients such as over the counter codeine pills, cough syrup, red phosphorus (obtained from the tips of matches), gasoline, paint thinner, hydrochloric acid and iodine. The final product is an impure suspension that is applied intravenously.

Why would someone inject a drug that comprises largely of materials that would not be considered for human consumption on a normal basis? The answer is quite simple: krokodil is a cheap opiate.

Use of this drug in Russia reportedly began in the year 2003, when there was a major shortage of heroin because of extensive work being done by law enforcement to crackdown on heroin consumption. This shortage resulted in the street value of heroin skyrocketing. Additionally, the ingredients of krokodil are easy to procure and the production process is simple. Furthermore, some users claim the high produced by krokodil is more intense than that of heroin. These factors contributed to krokodil becoming the popular, cheap alternative to heroin.

Although the drug use was prevalent mainly in Eastern Europe, there have been reports of at least one death caused by the drug in the United States of America. Additionally there have been reports of patients of hospitals who have the symptoms consistent with krokodil usage. Usually, trends in the USA spread around the world. On this ground, the use of krokodil in that country can be a worrying sign for governments around the world.

How can law enforcement agencies and policy makers, in countries that have not been affected by krokodil, ensure their countries stay clean from this horrid drug, keeping in the mind that the ingredients are easily accessible?

How can the authorities in the countries already affected begin repairing the damages and preventing further?